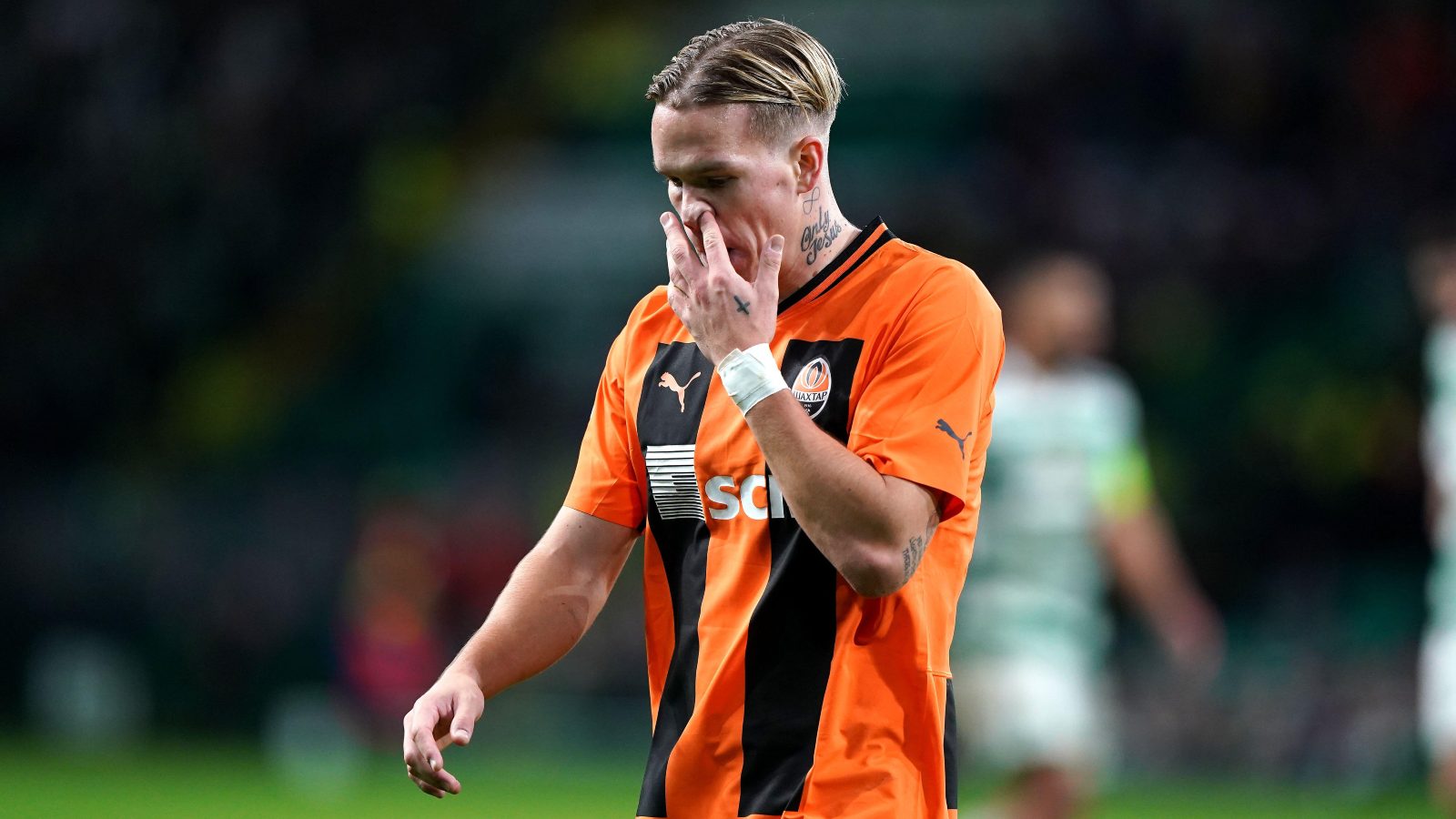 The Ukraine international has caught the eye in the Champions League this season with three goals and two assists in six matches, adding to his five goals in ten Ukrainian Premier League fixtures.

There have been strong rumours that Arsenal will look to strengthen in midfielder and in wide attacking areas with Mudryk heavily linked to the Gunners.

A report on Tuesday claimed that Manchester United have now joined Arsenal in the race fo the 21-year-old with Erik ten Hag reportedly tracking him since he was Ajax boss.

Ahead of the coming transfer window in January, The Athletic revealed yesterday that Shakhtar’s director of football Dario Srna had told them that the club value Mudryk at “more than €100m”.

Srna said: “If somebody wants to buy Mudryk, they must pay huge, huge, huge money. Otherwise the president of the club (Rinat Akhmetov) will not sell him. All the clubs must respect the President, respect Shakhtar and in the end they must respect Mykhaylo Mudryk, who is one of the best players I saw. The price is so big.”

The Shakhtar director of football added: “The market is deciding the price — not me. Antony, [Jack] Grealish, they are players of more than €100m and for me, Mudryk does not have less quality than them.

“This is the last two transfers in the past year, in more or less the same positions. Sancho from Borussia Dortmund. We want just respect. The market is deciding the price, not me, it shows which kind of players cost this kind of money.”

With Arsenal and other top clubs around Europe taking notice of his performances, Mudryk admits the huge price tag comes as a blow to his ambitions.

“When I found out about my price, I wasn’t just surprised – I was shocked,” Mudryk told Sport Arena.

“I have a long-term contract with Shakhtar [set to expire in December 2026], I give all my strength and energy so that Shakhtar achieves maximum results… but every football player has a dream to play in a top club and in a top championship – I am no exception.

“But I am 100 per cent sure that they are unlikely to buy a player from the championship of Ukraine for 100 million… I will not hide that I was very upset. The amount of 100 million puts a barrier for my transition to the top championship, which I so dreamed of. I can’t say that my dream was killed, but wounded – that’s for sure.”