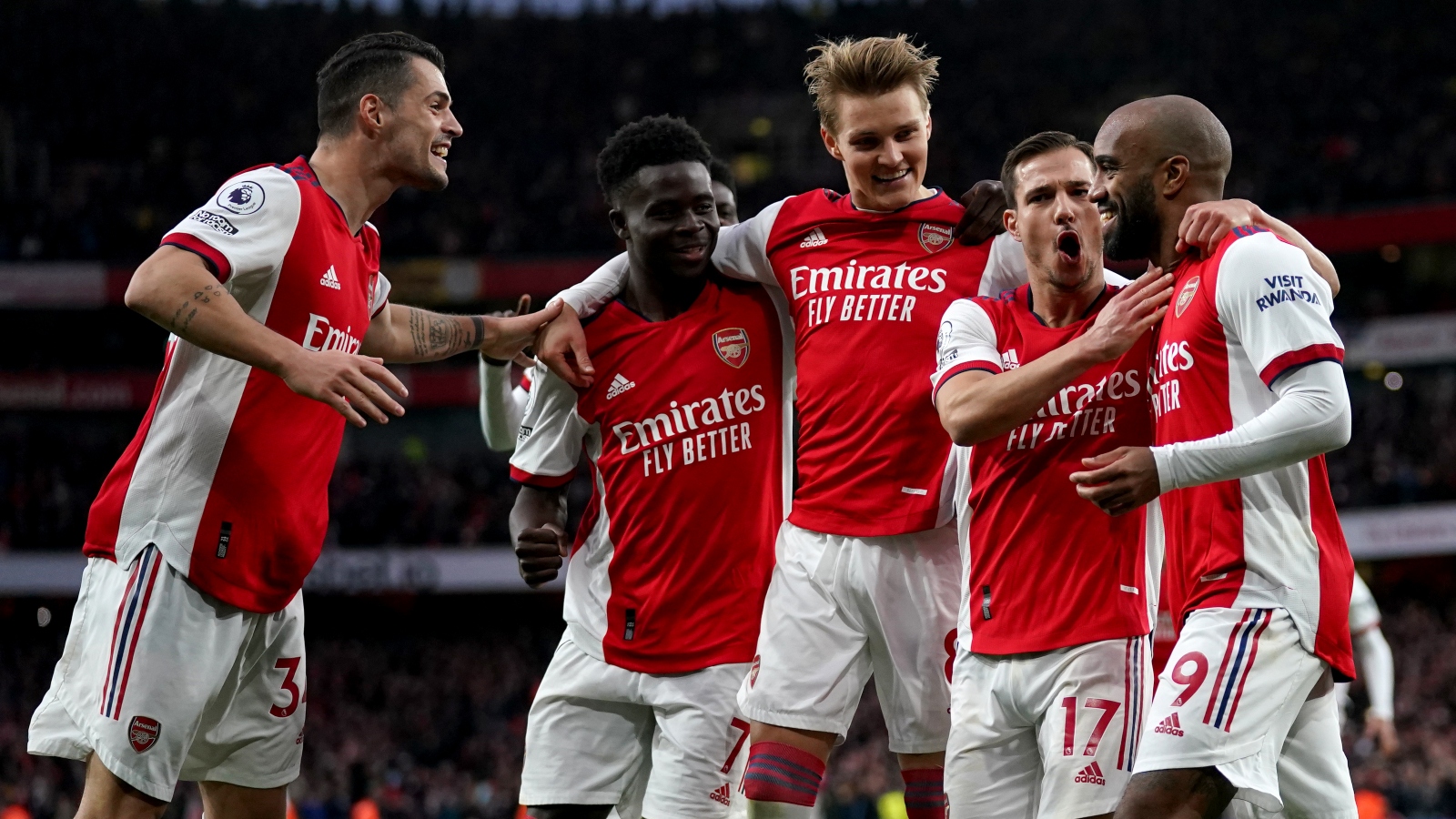 Jamie Carragher thinks Arsenal will have a “big problem” next season if they fail to finish in the top four this term.

Mikel Arteta’s side are favourites to finish fourth ahead of West Ham, Man Utd and Tottenham.

The Gunners are currently three points ahead of Spurs in fifth and have a game in hand on their arch-rivals.

They are looking to get back into the Champions League for the first time since 2016/17.

Having failed to win the Europa League or finish inside the top four while competing in the competition, Arsenal are looking good with no European schedule this campaign.

However, should they fail to finish fourth this term, Carragher believes they will face their old problems of being unable to compete in the league and in Europe.

“I do feel the next 10 games of the season are absolutely massive for Arteta and Arsenal,” he told Sky Sports’ The Overlap Live.

“And I’ve said how well they’ve done. The reason you’re in this position is because you’ve got no Europe. Now, even if you don’t make the Champions League, next year you’d be in the Europa League.

“And that would be a big problem for you in terms of getting back in the top-four. I think this is an opportunity right now that you have to take.”

Meanwhile, Mesut Ozil’s agent has explained why the player refused to take a pay cut at Arsenal amid the impact of the Covid-19 pandemic.

Back in April 2020, it was announced that Arsenal’s players and staff were taking a 12.5% pay cut to help the club cope with the effects of Covid-19.

Ozil was one who refused to take this pay cut. His agent – Erkut Sogut – has stated that his player wanted to know where the money would be going:

“With the salary cut, he asked me ‘Where is the money going?’,” Sogut told Arsenal Fan TV.

“Mesut wanted assurances from the club that they wouldn’t fire anyone. That management would have a salary cut too.

“If that assurance was given and signed, he would have taken more of a cut. Thirty per cent. He wanted to know where the money was going.

“If it was to buy another player, he didn’t want to do it. If it was to secure the workplace, he wanted to do it.”