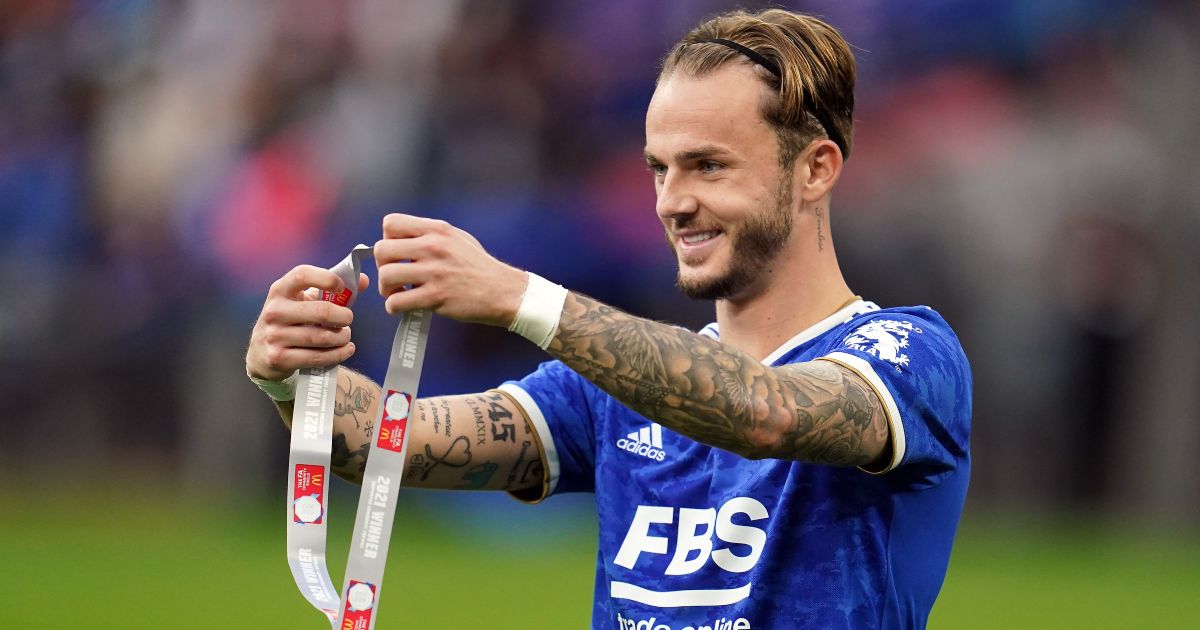 Brendan Rodgers has claimed that Arsenal never made an enquiry or a bid for Leicester City playmaker James Maddison this summer.

It was suggested only last week that the Gunners had ‘pulled the plug’ on a deal for Maddison after having their latest offer knocked back.

Arsenal apparently grew tired of having ‘multiple bids for the playmaker’ rejected and decided to wrap up a move for Martin Odegaard instead.

On Friday, the north London outfit announced that they had completed a return for Odegaard – who spent the second half of last season on loan at the Emirates Stadium – for £30m.

That ended any speculation that Arsenal were still in for Maddison but now Leicester boss Rodgers now claims they were never interested in the first place.

“There have been things this year around James, it was all paper talk, gossip, because there was never an enquiry, never a bid,” Rodgers said.

Rodgers feels comfortable about the future of his current crop of players with the Foxes having a “pipeline” of targets lined up in case they do lose one of their stars.

Rodgers added: “Players have felt the need to move on and further their careers, which is fine, and that’s the nature of the game.

“It will always happen and some of the biggest clubs in the world will lose their players.

“You’ve always got to be preparing this pipeline of players going forward so if you do lose them you get the next ones coming in. That’s something we are very clear on as a club.

“I just think this summer the players have been able to reflect on where we’re at as a team and a club and feel they want to be a part of that, which is great news.”

West Ham completed a double over Leicester last season and Rodgers wants to avoid a repeat this season by being more aggressive in their play.

“Yeah, we weren’t very good,” Rodgers continued. “Apart from maybe the last half hour of the second game they were better than us.

“We came off the back of a great result against Man City and were poor in our defending the counter-attack and then we gave them a three-goal start before we started playing in the second game.

“We took joy from about 50 minutes in when we showed more of our true self.

“When we’re attacking and being really aggressive then we’re a match for anyone. If not, then we can suffer. Our intention on Monday is to play much better than we did over the course of the two games last season.”