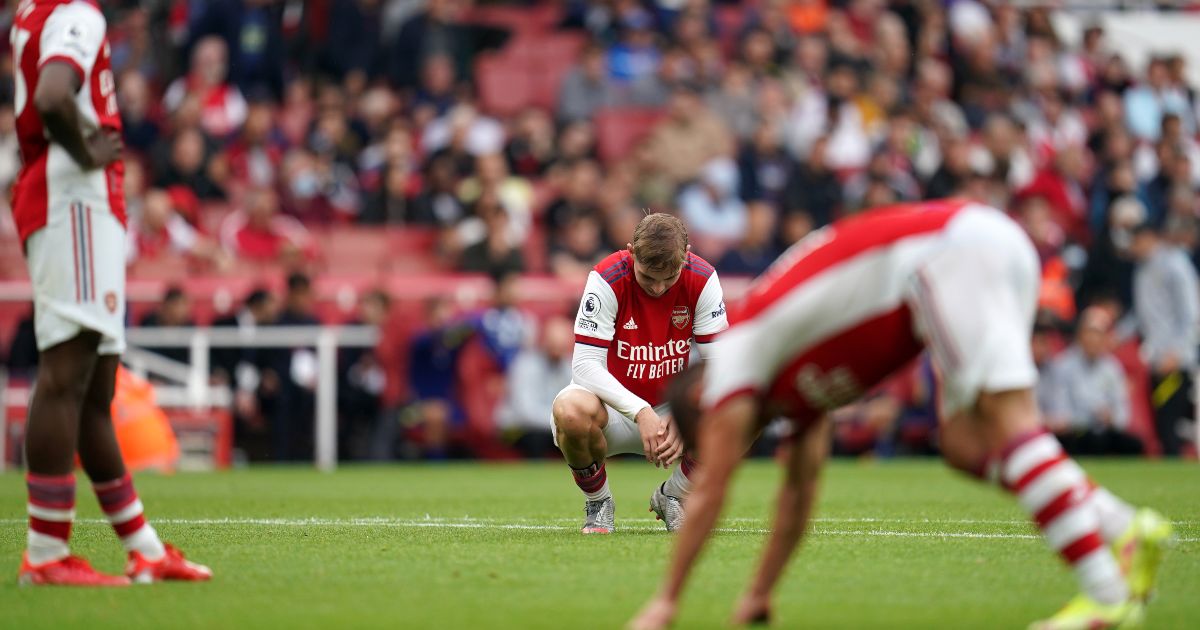 Arsenal are a “nothing team” that could finish “13th or 14th” this season in the Premier League, according to former Tottenham midfielder Jamie O’Hara.

The Gunners followed up their 2-0 opening day defeat to newly-promoted Brentford with another 2-0 loss to Chelsea on Sunday.

The scoreline at the Emirates Stadium could’ve been worse as Thomas Tuchel’s side sliced through them at will with Romelu Lukaku and Reece James scoring the goals.

And O’Hara reckons only Kieran Tierney and Emile Smith Rowe can come out of the game with any credit as it “almost got embarrassing”.

O’Hara said on talkSPORT: “They are going to be in page two this season. I can see them finishing 13th or 14th. If they stick with Arteta they are going to finish in the bottom half of the table. They’re miles off it.

“They’ve got no direction and no plan. All these young lads they’ve brought in have potential, but you need leaders in the dressing room to get the best out of them.

“There isn’t any leaders in the team. What do Arsenal fans expect from their team at the minute? They are going to go into the international break with zero points, they’ve got Man City next week.

“I’m just looking at it at thinking you’ve spent all this money on young talent, and it is young talent and potential, but there are no other leaders in the team.

“There’s no-one grabbing hold of the game and saying ‘I’m going to take this team forward, I’m going to do it for Arsenal’. They’ve got nothing. They are a nothing team. It’s almost sad at how bad they’ve got.

“I watch Arsenal, as much as Tottenham are my team, over the years I do enjoy watching an Arsenal side when they play good football.

“I watch them now and they’re a shadow of what they used to be. Watching them yesterday, it was probably the worst Arsenal team I think I’ve seen in the Premier League.

“[Kieran] Tierney is the only one who can hold his head up high, in my opinion, and Smith Rowe, but he’s a young lad.

“Even Tierney is a young lad. Saka, Smith Rowe, Martinelli, Pepe, they’re all young kids and need leaders to get through this situation.

“There are too many times now where Arsenal are relying on young players and they’re getting destroyed.

“Lukaku turned up and said ‘we are going to destroy them’. It took him 15 minutes to bully the life out of their defence. It almost got embarrassing.”