Arsenal have been ‘asking for information’ over a possible deal for the Roma winger. 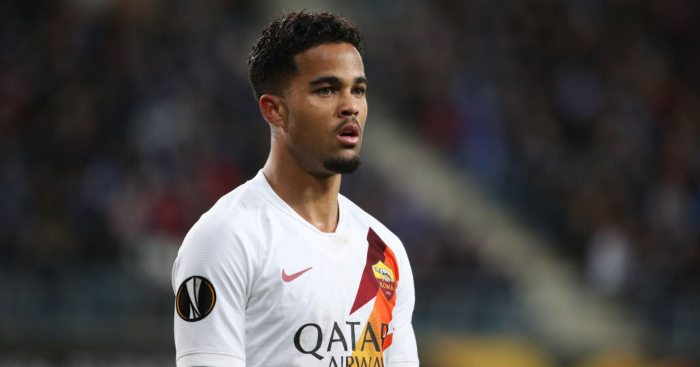 Arsenal have stepped up their attempts to land Roma winger Justin Kluivert this summer, according to reports.

Kluivert, who was also believed to be a summer target for Manchester United and Liverpool in 2018, almost moved to Spurs two years ago.

Tottenham wanted to take Kluivert to the Premier League in 2019 and asked about a potential deal whilst negotiating for Davinson Sanchez.

Reports in May claimed that Arsenal were ready to make an offer of £13m plus Henrikh Mkhitaryan to land Kluivert.

Mkhitaryan, 31, has spent the entire season on loan with Roma and has reportedly signalled his intentions to remain with the Rome club.

Roma paid a €3million loan fee for the player and the Armenian paid that back with six goals and three assists in 13 league appearances and now he apparently wants to stay.

And now Italian website CalcioMercato (via Sport Witness) have claimed that Arsenal are prepared to double Kluivert’s wages if he agrees to move to north London.

Roma are thought to value Kluivert at €40m and the Gunners are understood to be ‘enthusiastic’ that a deal of €20m plus Mkhitaryan can be completed this summer.

It is thought that talks have ‘intensified’ in the last few hours after discussions between the two clubs had been ongoing for a while.

Sport Witness lead us to another report in Italy, this time Corriere dello Sport, which back up the rumours of Arsenal’s interest in Kluivert.

Arsenal have been ‘asking for information’ over a possible deal for Kluivert but Corriere dello Sport reckon it could only take an offer of €15m plus Mkhitaryan to persuade Roma to sell.