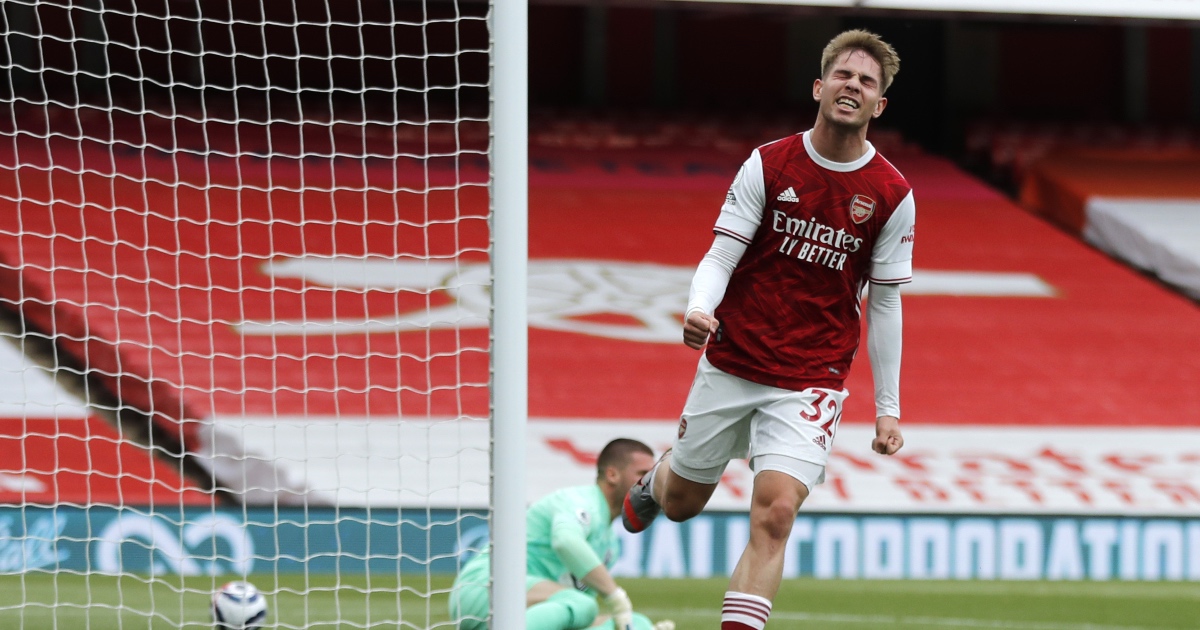 Arsenal star Emile Smith Rowe is in line for a new five-year contract, according to reports.

The Gunners began discussions over a new deal recently to prevent any interest from rival clubs.

The Englishman could now pledge his long-term future to the north London side.

According to Fabrizio Romano, Arsenal will offer Smith Rowe a contract lasting until 2026.

There’s optimism among club chiefs that an agreement will be reached soon and the deal will be completed.

The 20-year-old is reportedly ‘happy and open’ to staying at the Emirates for the foreseeable future.

Mikel Arteta recently challenged the attacking midfielder to reach the next level by scoring more goals.

He said: “He’s having an incredible season ever since he started to play in December.

“But he’s scoring his first Premier League goal. An incredible season for a number 10 of Arsenal means he needs to score 15 goals and give 10 assists.

“Then you are right up there with the top guys in Europe and in the league. He’s got the ability to do it but he hasn’t done it.”

Smith Rowe reacted to those comments by scoring the winning goal against Chelsea on Wednesday night.

A rogue Jorginho backpass caught Kepa Arrizabalaga out of position. He raced back to prevent an own goal but could only palm into the path of Pierre-Emerick Aubameyang, who set up Smith Rowe for the goal.

The England U21 international made his Arsenal debut in the Europa League back in 2018. However, it’s been this season that he’s started to go from strength to strength.

Smith Rowe impressed Arteta in pre-season training and has become a first team regular as a result.

He also played an important role in their Europa League campaign, before their semi-final defeat at the hands of Villarreal.

Smith Rowe has received praise from pundit Jamie Redknapp, who said he was one of three players who has done enough for Arsenal this term.

Speaking about the Gunners’ season, Redknapp said: “Disappointing, whatever way you dress it up.

“Not good to be in ninth position, 52 points. I don’t think it’s necessarily the greatest squad in the league, but they should be doing a lot better.

“I think he [Arteta] has been helped out by the young players. I think if he didn’t have Saka, Smith Rowe, Tierney’s been excellent this season. Apart from that, I can’t see too many players that can look at themselves in the mirror thinking ‘I did my bit this year’.”