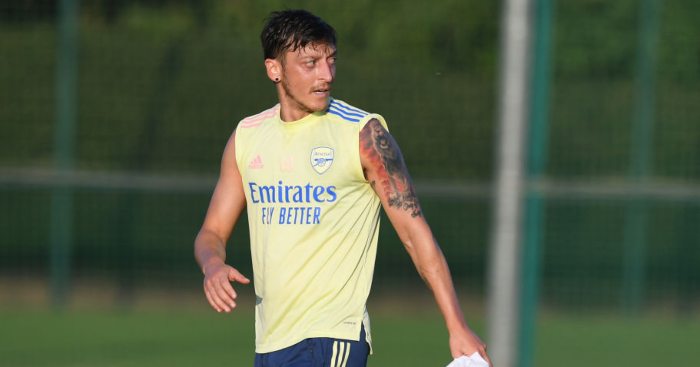 Arsenal technical director Edu insists the club were “open and clear” with players that would be omitted from their squad and unable to play matches this season.

The Gunners now have 19 non-homegrown players, two more than UEFA and the Premier League allow.

Mesut Ozil and Sokratis Papastathopoulos were left out of Arsenal’s Europa League squad as a result and also face the prospect of omission from the Premier League when that list is submitted on October 20.

It would mean both Ozil and Sokratis would not play until January, when the transfer window reopens.

But Edu insists the club spoke to both the players and their agents to make clear the situation.

“There is another point, which is quite relevant to mention, which is the number of foreign players we needed to manage in the squad,” Edu told Arsenal.com.

“Because when we sign players here we have to manage because we are just allowed to have 17 [non-homegrown] players in our list.

“When I talk to Mikel [Arteta] and our board, players are probably going to be out of the list and how can we treat that challenging situation well.

“The only way that we can do that is be open, clear and face to face to explain why Mikel has that decision.”