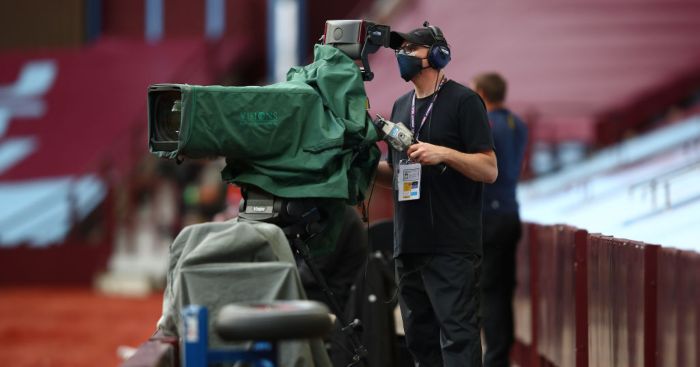 Eleven out of the 28 Premier League matches confirmed for September will not be available for fans in the UK to view live after the first batch of televised fixtures for the 2020-21 season were announced with Arsenal kicking us off at Fulham.

However, even though all Premier League matches next month will be played behind closed doors due to the coronavirus pandemic, no arrangement has been put in place similar to the one agreed for the end of last season which meant the final 92 matches were all broadcast live, with 33 of those made available free to air.

Five reasons everyone must watch the Community Shield final

The situation for the new season has been described as “ridiculous” by Football Supporters’ Association chief executive Kevin Miles, whilst various individual club supporters’ groups have voiced their opposition.

The EFL has reached agreement with Sky Sports for all non-televised matches in its divisions to be available via stream while restrictions on stadium capacities remain in place, plus those in the Carabao Cup first round.

Premier League clubs are scheduled to be able to welcome fans back on a socially-distanced basis from the start of October, but grounds are expected to be only operating at around a maximum 30 per cent capacity even at that point.

Seventeen matches will be shown live on Sky Sports or BT Sport in September, starting with the match between newly-promoted Fulham and Arsenal at 12.30pm on Saturday, September 12.

The Cottagers’ first game back in the top flight will be live on BT Sport.

Premier League champions Liverpool will be on Sky Sports later that day, with their match against Sky Bet Championship winners Leeds kicking off at 5.30pm.

West Brom, who finished runners-up to Leeds in the Championship, will also be on TV in their first game.

They will host Leicester on September 13, with the match kicking off at 2pm.

Newcastle and Burnley are the only sides who will not feature in a televised Premier League match in September.