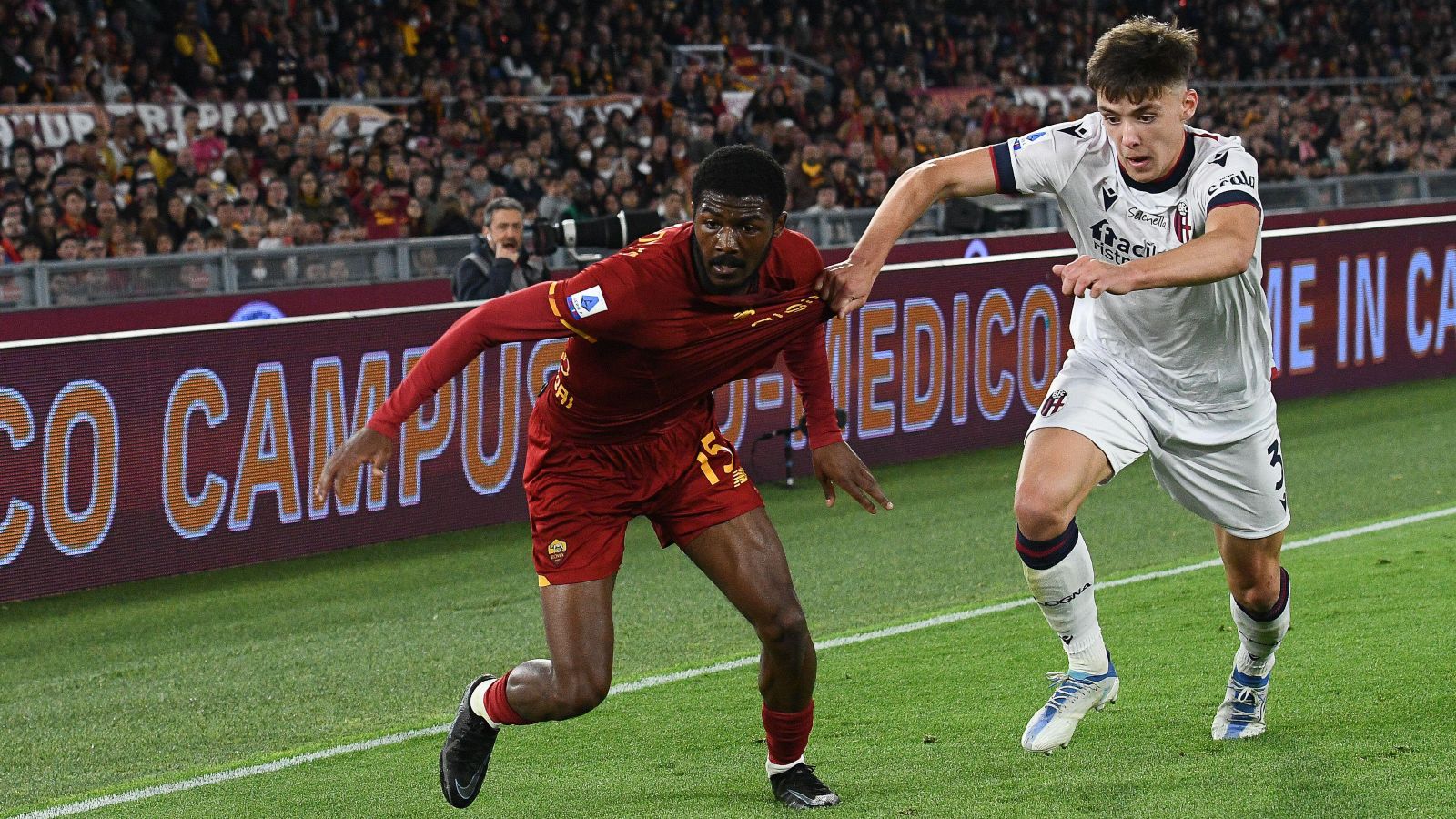 Arsenal are leading Premier League rivals West Ham in the race to sign Bologna left-back Aaron Hickey, according to reports in Italy.

The Gunners have faced problems on the left side of their defence this campaign with Kieran Tierney suffering from injuries and Nuno Tavares having an up and down season.

And it seems that Mikel Arteta is keen to add another left-back to his squad in the summer with Hickey’s name repeatedly mooted over the past couple of months.

Masterchef Pep, how America can help fix football, and other mails…

Hickey has contributed five goals and one assist in 36 matches this season after swapping Scottish Premiership side Hearts for Bologna in September 2020.

Ten days ago The Times insisted that it was Brentford who were leading the race to sign Hickey over Arsenal and Newcastle United.

However, Italian publication Gazzetta Dello Sport (via Football.London) claim that Arsenal have outbid West Ham for Hickey after the east London club joined the battle for his signature.

Football.London adds ‘that Hickey is a top target for the Spaniard [Arteta] this summer as he looks to add strength in depth ahead of a return to Europe’.

Hickey seems to be having a great time in Serie A with the Scotland international revealing to The Guardian in November last year his “great experience” in Italy.

“I came to see Bologna and immediately liked the feel of it all,” Hickey said.

“The training ground, the people, the city. Serie A was a big attraction, this felt like a good move. I also thought there may well be more opportunity to play here than at a lot of the other teams. I am very happy with how it has all worked out, with the choice that I made.

“They have all been good decisions so far. They have worked out the way I wanted. I have just looked at what provided the most opportunity.”

Hickey added: “So far it has gone really well. Coming in to the season, I thought it might be a case of working my way back into the team after my injuries, that maybe I’d get a few games, but I’ve managed to play a lot and even add a couple of goals as well. So I’m very happy. I didn’t expect to get into the team so early and play so regularly.

“You go to bed thinking you are going to be playing in the San Siro the next day. That’s a bit of a ‘wow’ moment. It has all been such a great experience.”