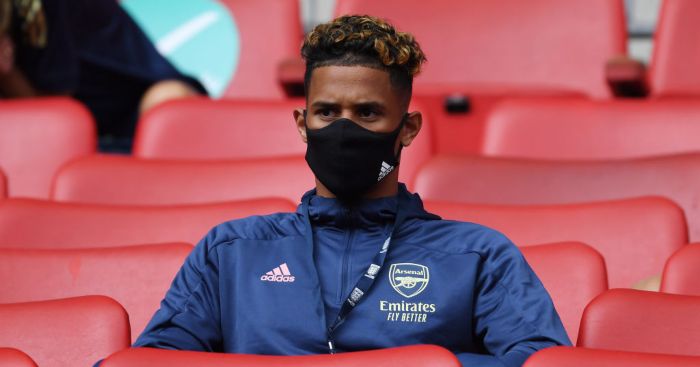 Arsenal defender William Saliba is on the verge of returning to France by joining Nice on loan, according to reports.

The 19-year-old is yet to make a Premier League appearance this season, despite joining for a £27 million fee in July 2019.

Due to Arsenal’s treatment of the youngster, he’s been the centre of plenty of transfer speculation.

It now looks like the Gunners have decided on a move for the centre back.

According to the Evening Standard, Saliba will join Nice on loan at some point during the January transfer window.

The report states that talks are in an advanced stage between the two clubs. He is set to join until the end of the 2020/21 campaign.

The Ligue 1 side will not pay a loan fee, but have agreed to pay his weekly wages in full.

The deal will reportedly not include a permanent option, as the Gunners see him as a bright star for the future.

The loan move will give Saliba a chance to regain some confidence in a league he is comfortable with.

He made 36 appearances in all competitions for previous club St Etienne, but he’s been reduced to Arsenal’s Premier League 2 side in North London.

The centre back has been previously linked with a return to St Etienne. Club captain, and former Arsenal player, Mathieu Debuchy said the club would be open to ‘welcoming Saliba back’.

That loan failed to materialise, with Nice becoming the only French side to submit a bid for Saliba.

Nice currently sit 12th in Ligue 1 after 16 matches. They’ve picked up 22 points during that time.

They started the season playing Europa League football, although Saliba won’t be able to feature in Europe as they finished bottom of Group C.