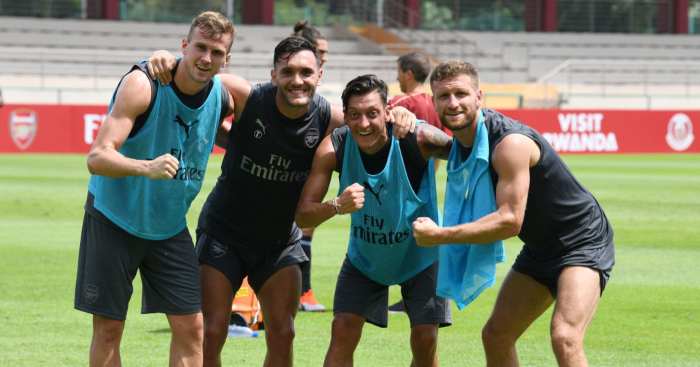 Arsenal ignored advice from their own scouting department to complete two signings in the summer of 2016, according to reports.

The two players were Shkodran Mustafi, who arrived from Valencia for £35m, and Lucas Perez, who made the £17.1m switch from Deportivo La Coruna.

Mustafi has spent most of his time at Arsenal trying to win over the fans and critics, while Perez made 21 appearances for the club and now finds himself back in Spain with Alaves.

The Athletic claims that Gunners’ head of international scouting, Francis Cagigao, and his scouting department warned against signing the two players but the club was convinced by the analytics.

“One such case was Shkodran Mustafi. When Arsenal were on the hunt for a new centre-half in the summer of 2016, the German did not figure on the scouting department’s list of recommendations. The statistics made a compelling case for the player and the scouting reports were overruled.

“In the same summer, Arsenal signed Lucas Perez from Deportivo de La Coruna. The club had intended to buy Jamie Vardy, triggering his release clause before the striker decided to remain at Leicester. Perez was on the brink of a move to Everton when an agent working on the deal asked Cagigao whether he’d considered him an option for Arsenal. “Not a chance,” was Cagigao’s response. “He’s a mid-table player.”

“With Arsenal against the clock and under pressure to bring in a striker, they decided to sign Perez anyway. Again, statistics were a factor. That’s the nature of any transfer window: sometimes the deals you can do — the deals you have to do — are not the deals you’d ideally want to do.”