Home F365 Says Zaha is ‘worth’ whatever Palace – not Arsenal – decide 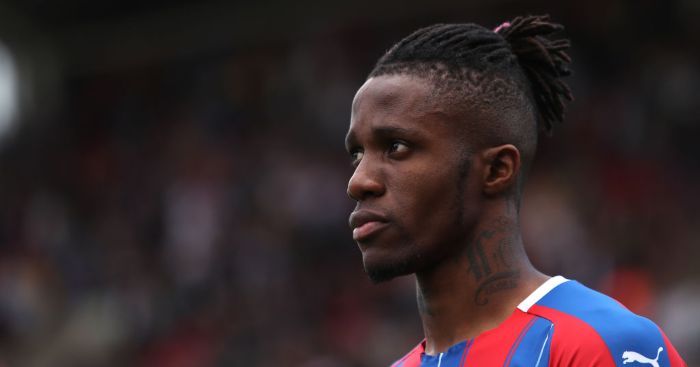 Imagine buying a dilapidated house at its lowest possible point of value. Envision restoring, renovating and refurbishing it over five painstaking but enjoyable years. Then picture receiving a derisory offer from a brash property developer who, frustrated at your rejection, enlists the help of every estate agent across the country to try and drive the price down.

There is no temptation to even entertain a deal: to sell would mean finding and buying another house at a fair price in an inflated market, with no guarantee of settling so easily. Too much time and money has been invested to take such a monumental risk with no obvious reward. Factor in that you have just let your other most prized possession go, and that the previous owner is due a sizeable percentage of any sale despite their wilful neglect, and things soon turn ‘predictably ugly’.

An unidentifiable stench lingered and the paint was peeling off Wilfried Zaha’s proverbial walls in the summer of 2014. His move to Manchester United had been an unqualified failure, plagued by a change in manager, a lack of opportunities and false accusations concerning his personal life. The winger’s first Premier League start came in February of his first season – on loan at Cardiff. James Wilson and Tom Lawrence had played more top-flight minutes for his absent parent club. He was, by his own admission, “so down and depressed”.

It is therefore no surprise that Crystal Palace – as a club and a fanbase – are so protective of the 26-year-old, so reluctant to lose him once more. The mere thought of fixing his wings and nursing him to full health before releasing him into the wild again is enough to engender widespread panic. Or make blatant sarcasm undetectable.

Arsenal are starting to look at other targets after Crystal Palace selfishly asked for £80m to sign a player they don't want or need to sell. https://t.co/BCu756tlMh

There is the business side. Zaha is Palace’s most important player, their most valuable asset and, very possibly, the difference between Premier League and Championship football. He has had their most combined goals and assists and most shots in both of the past two seasons, and most dribbles in each of their last four. He signed a five-year contract last summer – without a release clause – on record wages. He makes them a little more wheaty and a little less chaffy.

Palace neither want nor need to sell him. They know what it would represent. To let Aaron Wan-Bissaka go was a free pass, a bonus: his rise was unpredictable, he never had a chance to become too important and the circumstances suited his departure. Life after him was easy to imagine because it was a recent memory. But losing Zaha would be ten strides back after the handful of steps forward that marked this past season. A highest Premier League points total, wins over Manchester City and Arsenal and a position of fifth in the calendar year table provide solid foundations for growth that should not be surrendered so easily.

But there is a human aspect to remember: the unsavoury idea of removing the big fish from the small pond and seeing the sharks circle for a second time. Zaha joined Palace at the age of 12 and the worst year of his professional career was the only one he has spent outside of Selhurst Park since. They soothed and nurtured him before and after that nightmare, strengthening their bond.

It can often be as difficult to see one of your own struggle elsewhere as it is to see them prosper; Palace, whether justified or not, believe they know what’s best for him.

To that end, reports quoting prices of £80m, £100m and now even as high as £120m are not meant to be taken entirely seriously. Not even Palace would realistically suggest Zaha is better than Eden Hazard, nor that his sensational talents justify becoming only the fourth player to ever break the £100m barrier. But Palace have earned the right to dictate his value, and that is what he is worth to them. It is no coincidence that such numbers correlate with the difference between survival and relegation.

It is as much Palace sticking their middle finger up in the general direction of north London as it is a genuine valuation, a warning rather than a demand. Zaha might be worth an opening offer of £40m to Arsenal – they might well go higher if they can – but he would be cherished twice as much as a player and a person if he stays. The Gunners have numerous match-winners and excellent players; Palace have only Zaha.

He might already have blinked first by outlining his desire to leave, but Palace hold all the cards. Arsenal, as ever, are bluffing. They cannot hope to bulldoze their way through this one without permission. They could spend the whole summer as the boy who cried Wilf; Palace will happily ignore them.