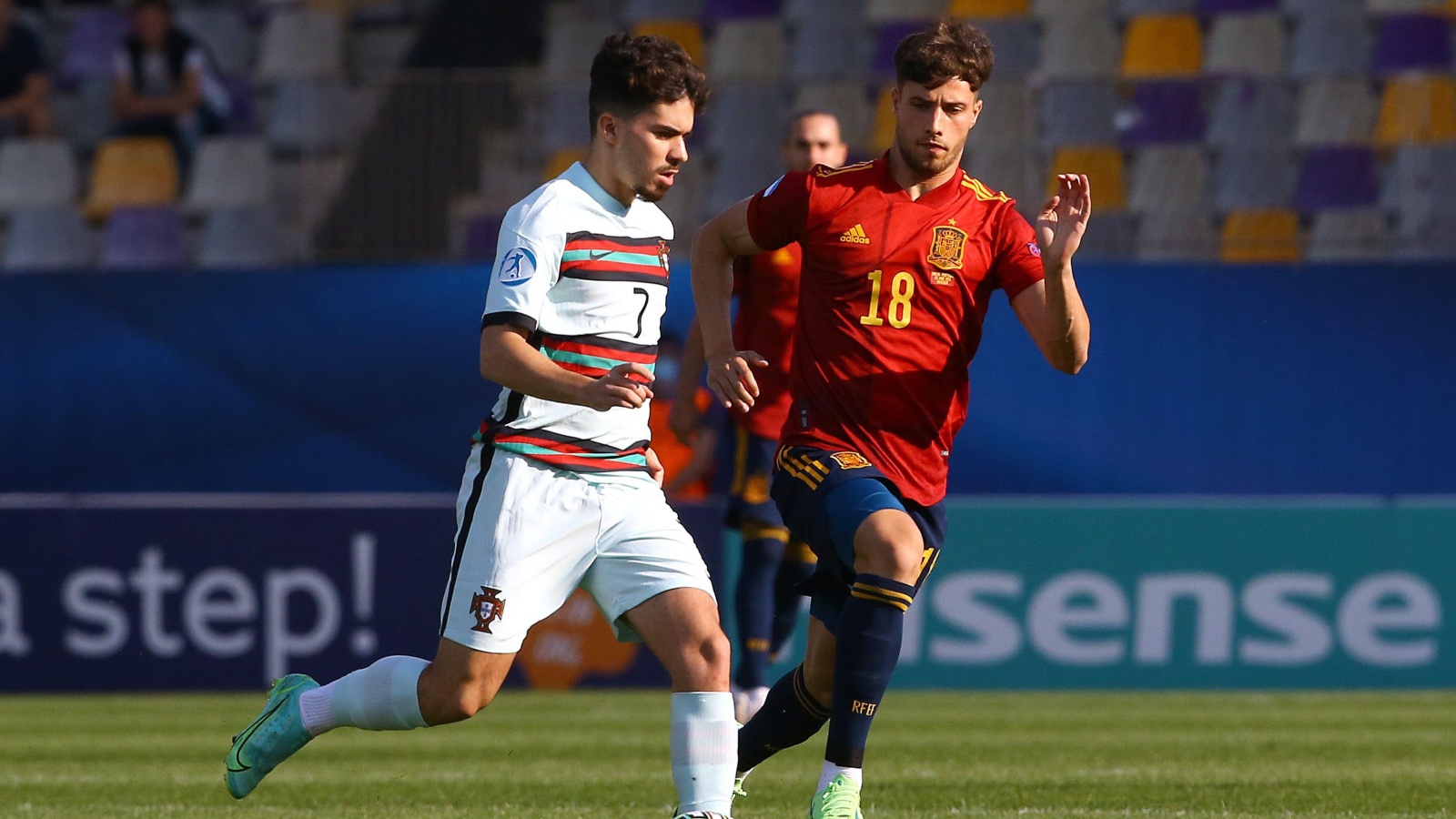 Arsenal are reportedly ready to pay the Vitinha’s £35m release clause to bring him to the Emirates this summer.

The 22-year-old midfielder came through the Porto youth system and was loaned to Wolves for the 2020-21 season.

He made 23 appearances under Nuno Espirito Santo in that time, but many of them were brief and they decided not to take up their €20m option to make the move permanent.

Vitinha was a standout performer for Porto on his return to the Estadio do Dragao last season, making 47 appearances in all competitions, with four goals and five assists perating primarily as a central midfielder.

A number of Premier League clubs, including Liverpool, are said to have been ‘monitoring’ Vitinha, and multiple reports on Tuesday claimed Manchester United will pay his €40m (£35m) release clause; an Old Trafford transfer was said to be ‘imminent’.

But now, Record (via CaughtOffside) claim Arsenal are also willing to pay the fee to release Vitinha from his Porto contract.

Arsenal, like United, need to strengthen in midfield and are said to be quietly confident of pulling off a deal for Leicester star Youri Tielemans.

It’s not clear whether Vitinha is seen as an alternative should that deal fall through, or whether their supposed interest is with an eye to sign the Portugal international as well as Tielemans.

Meanwhile, pundit Simon Jordan believes tying Bukayo Saka down to a new deal should be a priority at Arsenal.

“Arsenal should not want to sell players who have come through their youth policy that have been developed under the regime of Arsenal’s mentality, that have come into the first team after all the endeavours of their academies to bring a young player through and then not be able to find some sort of solution to the conundrum of signing a new contract,” Jordan said.

“It will be a disappointing day at Arsenal if they don’t find the keys to the door to unlock the problem they’ve got with this kid signing a new contract.

“This would be a massive failing on the part of Edu, Arteta and anyone else at Arsenal that controls the direction of travel on this boy’s career.

“You’d like to think they could bottom this out and never let it run down to a contract that has no time left on it.

“The balance of power has shifted towards players and there needs to be a recalibration of that.

“It can’t all be about players like [Kylian] Mbappe who suddenly start running football clubs from who the director of football is to who the manager is.

“We are in that territory, it’s not cool and not great for football.

“Arsenal should not sell him and deal with his contract and lock him down.”