The 26-year-old has contributed three goals and an assist from central midfield this season. 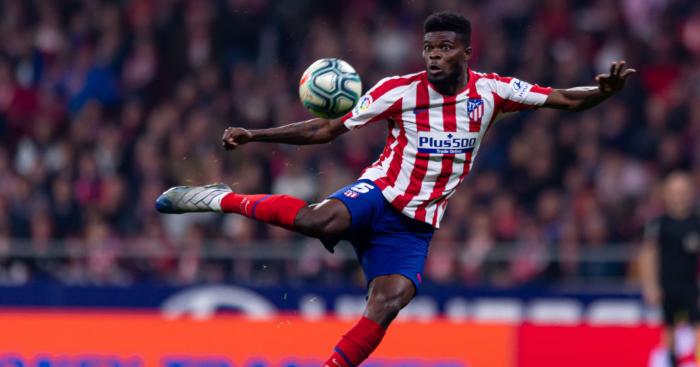 Premier League side Arsenal are ready to stump up the cash to pay Thomas Partey’s release clause this summer, according to reports.

Partey was heavily linked with a move to Arsenal and Manchester United last summer but the Ghanaian stayed at Atletico Madrid.

The 26-year-old has contributed three goals and an assist from central midfield in his 32 appearances in all competitions this campaign.

And now Libertad Digital (via Sport Witness) claims that Arsenal are ‘very serious’ about signing Partey and they plan on paying his €50m release clause in the summer.

The report adds that despite the interest from the Gunners, Partey is currently negotiating a new deal at Atletico with his priority to stay in Madrid.

Libertad Digital are understood to have made contact with Atletico to ask about Arsenal’s interest in Partey but the Spanish club say they are not aware of any interest from the north London outfit.

Last summer Partey’s dad claimed that his son wanted a move to England, he told Enigye FM: “I personally told him to move on, if he is not wanted at where he is right now.

“Because he might be wanted at somewhere else and so he will like to move to England if he gets the chance.”