Home All The News Petit: Wenger ‘scared’ of City, Ozil ‘like a ghost’ 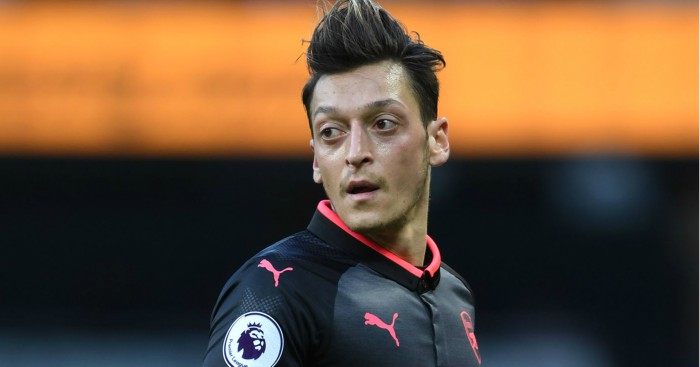 Former Arsenal midfielder Emmanuel Petit has criticised his ex-manager Arsene Wenger and Mesut Ozil for their contributions at Manchester City on Sunday.

The Gunners were beaten 3-1 as City reinforced their dominance for the Premier League by moving eight points clear at the top of the table.

Despite insisting pre-match that Arsenal “would not hide” at the Etihad, Wenger admitted that Arsenal were outplayed, as they fell 12 points off the leaders.

Ex-France star Petit believes the manager got his tactics wrong, with Ozil coming in for particular criticism.

“Arsene Wenger was honest after the game, acknowledging his opponents as the superior side,” he said in his Paddy Power column. “But in the first half, he was too shy.

“He was afraid of Manchester City and his team were passive as a result. I think more substitutions should have been made in the midfield area: Ozil was on the pitch, but he was just a ghost.

“Arsene said before the game on Sunday that Arsenal would come to the Etihad to attack. He wanted his team to score goals and not to defend, but in the first half he made some tactical errors that made this approach impossible.

“Firstly, it was wrong to put Francis Coquelin in central defence. Coquelin was booed by some fans midweek at home in the Europa League – he couldn’t have gone into this game with any degree of confidence. So it was a strange decision to start him in an unfamiliar position against the most dangerous attacking side in the league.

“To be fair to Arsene, he tried something different, but it was a mistake. Arsenal never really threatened City in the first period and he was forced to change his mind at half-time – which worked almost immediately.”