"Fans get the hump with players that get a lot of money and don't deliver and don't look like they care." 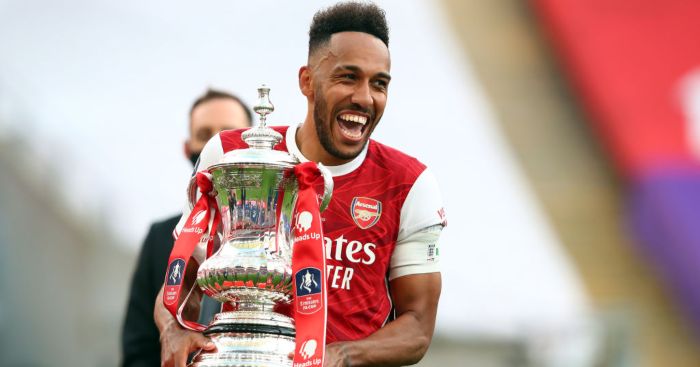 The Gabon international scored twice as the Gunners beat Chelsea 2-1 to win the FA Cup on Saturday with Aubameyang lifting his first piece of silverware since joining Arsenal in January 2018.

Aubameyang, who has less than a year to run on his contract and whose future has been in the headlines for months, then dropped the FA Cup trophy in front of his team-mates before eventually raising it above his head.

MAILBOX: Arsenal should not ‘build around’ Aubameyang and more…

And Groves thinks Aubameyang is worth any money that Arsenal give him to stay at the Emirates Stadium.

“I don’t care as an Arsenal fan, and I know we’re in difficult financial times, if they said Aubameyang is on £400,000, £500,000 a week, it wouldn’t bother me at all because some players warrant it,” Groves told talkSPORT.

“Some players warrant it and he does because he delivers. Fans get the hump with players that get a lot of money and don’t deliver and don’t look like they care.”

Groves added: “I think your club’s history is made by the trophies you win.

“I’d rather win the FA Cup than finish second in the Premier League because those players there, they have now embellished themselves on Arsenal’s history. Arsenal fans will remember that game and that group of players.

“If you come second, third or fourth [in the league] no-one really remembers you – you’re not part of the fabric of that football club.”