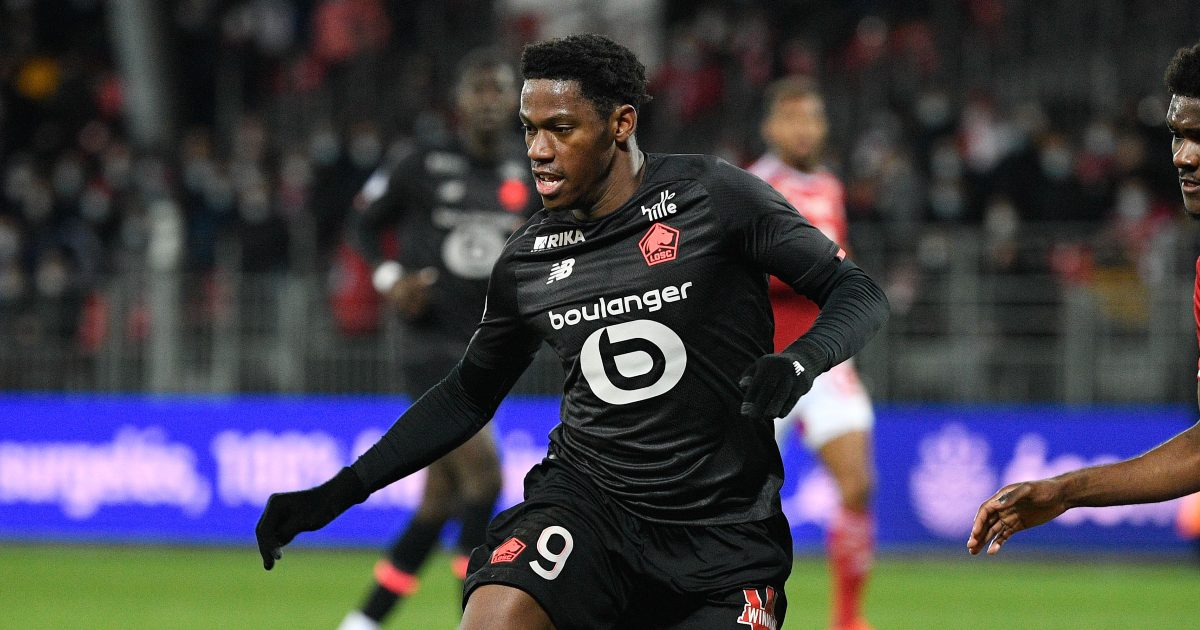 According to reports, Arsenal have earmarked Lille forward Jonathan David as their ‘priority signing’ this summer.

The Gunners need to sign at least one new striker this summer. They are short on options after Pierre-Emerick Aubameyang left last month.

Alexandre Lacazette and Eddie Nketiah are still at the club but both players are out of contract this summer.

Arsenal are faring well on the pitch under Mikel Arteta. They are two points behind fourth-placed Man Utd but the Gunners have three games in hand over their rivals.

David has been in fine form this term as he has scored twelve goals from his 26 appearances in Ligue 1. He has also netted three times in the Champions League.

Fichajes are reporting that David is a ‘top target’ for Arsenal as they look to resolve their ‘serious problem up front’.

He is said to be valued at €50m and the Gunners ‘will go all out’ for him this summer as he is their ‘priority’.

Elsewhere, Arsenal legend Ray Parlour has urged the club to give captain Alexandre Lacazette a new contract, with his current deal up in the summer.

Lacazette has struggled in front of goal in recent weeks, he played a huge part in the stoppage time winner against Wolves on Thursday evening.

The forward’s strike was turned into the goal by Wolves keeper Jose Sa to give the Gunners a valuable three points in the race for the top four.

Parlour said: “He’s taken the role [of captain] on board. At times, when Aubameyang was captain, he was sitting on the bench, now he’s the main man up front.

“He’s really taken the opportunity and grasped it to say, ‘I’m going to lead by example’.”

“Let’s hope they can do a deal with Lacazette. I’d love to see him stay at the club for another year.

“It’s not going to be a big deal like Aubameyang or [Mesut] Ozil. He’s a grounded footballer who will probably take the same deal again.

“They still need to buy strikers, but he’s always good to have around the dressing room. It seems like the youngsters are learning from him.

“You’ve got to have the right balance, good youngsters and people who have been around the block.

“I think he’s been brilliant since he got the captain’s armband.”