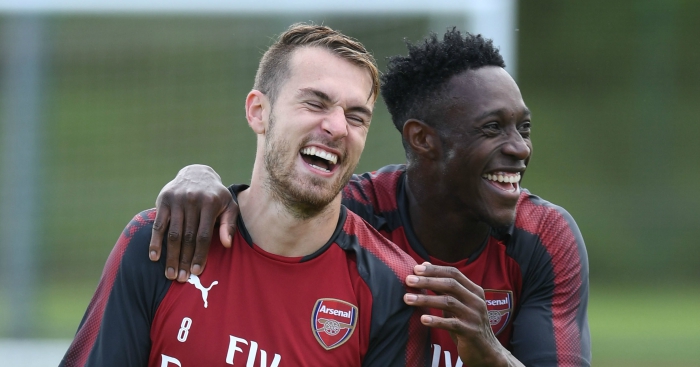 Arsenal ‘have started working on contract renewals’ earlier in a bid to avoid a similar situation to this summer.

The Gunners had three high-profile players with contracts set to expire in summer 2018, and aimed to keep each of them and risking losing them for free in 12 months, as opposed to selling them now for large fees.

Alexis Sanchez and Mesut Ozil eventually remained at the Emirates Stadium, but Alex Oxlade-Chamberlain was sold to Liverpool for £35million after he rejected a new deal.

According to the Daily Mail, Arsenal have already started considering renewing the contracts of players whose deals expire in 2019.

In total, nine Arsenal players will have 12 months remaining on their contracts at the end of the season as it stands, including Aaron Ramsey, Olivier Giroud, Theo Walcott and Petr Cech.

Danny Welbeck is another, as is Nacho Monreal, while fringe players David Ospina, Mathieu Debuchy and Chuba Akpom are also coming towards the end of their contracts.

As a result, Arsenal ‘are planning swift negotiations’ to avoid another ‘summer of uncertainty’.