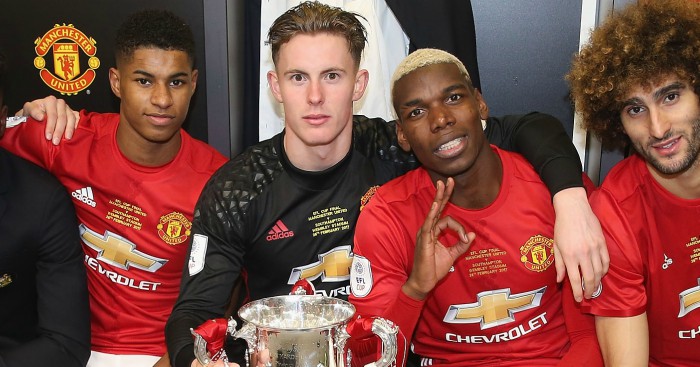 Arsenal are understood to be plotting a move for young goalkeeper Dean Henderson if he fails to sign a new contract at Old Trafford.

The 20-year-old stopper is out of contract next summer and talks over a new deal with United have stalled in recent weeks, according to The Sun.

While Henderson’s path into the first team is blocked by David De Gea and Sergio Romero, it’s understood the club rate Henderson highly and are keen to secure his long-term future to Old Trafford.

However, it’s claimed that Henderson – who is currently on a season’s loan at Shrewsbury – believes his first-team prospects would be better served by moving elsewhere, with Arsenal already reported to have offered him a contract to move down south.

The Gunners will be on the lookout for a new goalkeeper to rival and cover for Petr Cech next summer, with David Ospina likely to leave at the end of the season.

Arsenal would have to pay a compensation fee to United given Henderson’s age, but his move to the Gunners would come as a blow for Jose Mourinho’s side.

The goalkeeper has yet to appear for United’s senior side, but is thought to be one of the country’s top goalkeeping prospects, having played six times for England U20s.