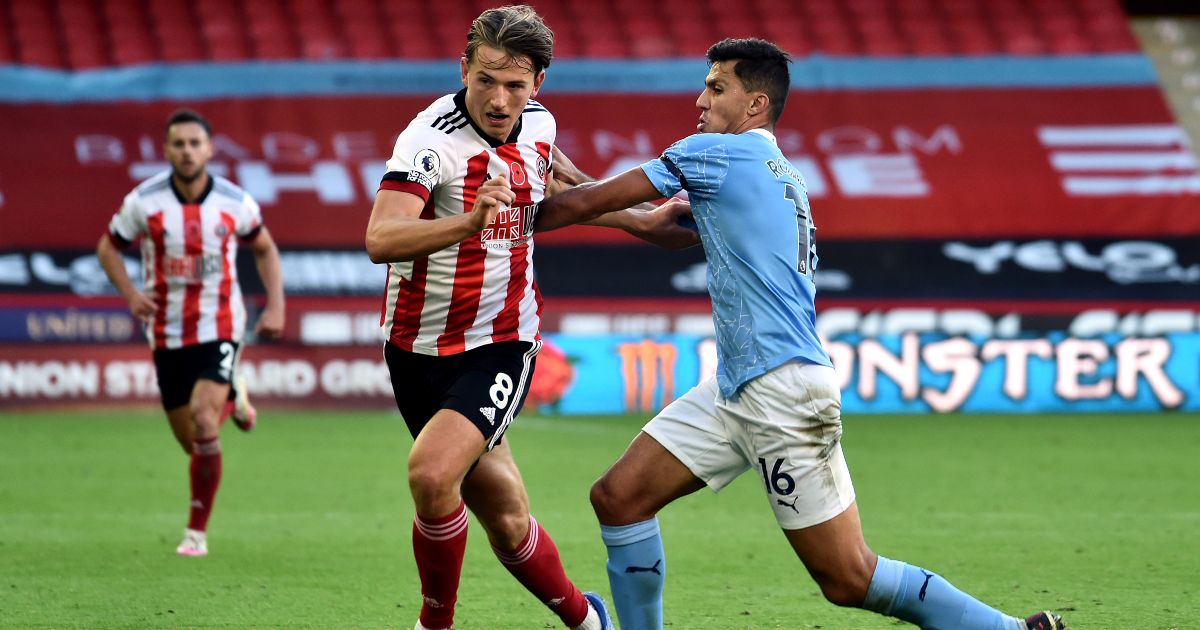 Arsenal could look to broker a double deal for Sheffield United pair Sander Berge and Aaron Ramsdale, according to reports.

Mikel Arteta has already completed the signings of Anderlecht’s Albert Sambi Lokonga, Benfica’s Nuno Tavares and Brighton’s Ben White this summer as he looks to revamp his squad at the Emirates Stadium.

One position that the Gunners are keen to fill is second-choice goalkeeper after Mat Ryan moved to Real Sociedad following a spell on loan at Arsenal.

Arteta wants to provide Bernd Leno with some proper competition this season and there has been strong speculation that Ramsdale is their top target.

Sheffield United had a terrible season last term as they finished bottom of the Premier League on 23 points but, despite that, Ramsdale won the Player of the Year award after producing a number of brilliant displays, especially towards the end of the campaign.

That has led to interest from Arsenal, who have already seen a £30m bid turned down for the former Bournemouth stopper, with the Blades holding out for £40m.

And now the Sheffield Star claim that the Gunners could look to put pressure on Sheffield United and ‘attempt to negotiate a double deal’ for Ramsdale and Berge.

It has been reported in the past that Arsenal were keen on pursuing a deal for Berge – who has been valued at £35m – but their interest has cooled in recent months.

However, the Star now reports that north London club could now ‘resurrect their interest in the midfielder’ with the Norway international ‘thought to be back on Arsenal’s radar’.

Arsenal ‘could attempt to broker a compromise by offering to sign both players from United rather than just one’ as they ‘remain determined to secure’ Ramsdale’s signature.

The report adds: ‘If that plan is triggered, officials at the Emirates Stadium are thought to believe the prospect of receiving what would be a significant lump sum for a Championship club might lure United to the negotiating table and help them achieve a breakthrough.’

Not everyone is convinced by a transfer for Ramsdale, especially at figures over £30m, with Jamie O’Hara claiming the potential deal shows Arsenal are a “mess”.

O’Hara told talkSPORT: “This literally sums Arsenal up doesn’t it. It sums them up business wise.

“They got rid of Martinez, who’s a brilliant keeper for what, £20million or something? Let him go, a snip, was one of the best keepers last season.