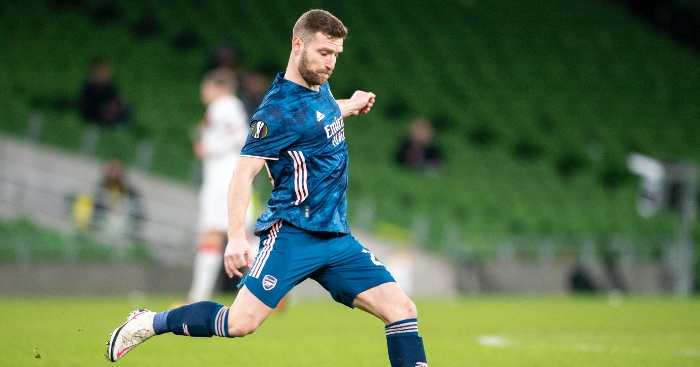 Arsenal have already cancelled defender Sokratis Papastathopoulos’ contract, and now it looks like Shkodran Mustafi could join him.

Mustafi has played nine times in all competitions for the Gunners this season.

Despite this, he isn’t seen as a long term option under manager Mikel Arteta.

According to Football London, Arsenal are in talks with Mustafi over terminating the defender’s contract.

The North London side want to get Mustafi off their books in their bid to free up space for new arrivals.

His contract is set to expire in June. Mustafi’s agent is now working on a move, with clubs around Europe interested.

It looks like a switch to the Serie A is most likely for Mustafi, who has been capped 20 times by Germany.

His Arsenal career has been riddled with mistakes and criticism, however. The player has never managed to justify that fee or prove himself to be one of the best defenders at the club.

Arteta has plenty of other options in his position.

Rob Holding is enjoying a good season in defence. He was joined by Gabriel Magalhaes in the recent match against Southampton.

Arsenal can also rely on David Luiz, Pablo Mari and Calum Chambers. William Saliba is expected to return to the first team once his loan spell with Nice comes to an end.

Arteta is now planning to turn his attention to new signings. They’re on the brink of signing Real Madrid’s Martin Odegaard, who is reportedly ready to sign a contract.

The Gunners have also been linked with Saints left back Ryan Bertrand. It’s thought they want to sign the Englishman as cover for the in-form Kieran Tierney.