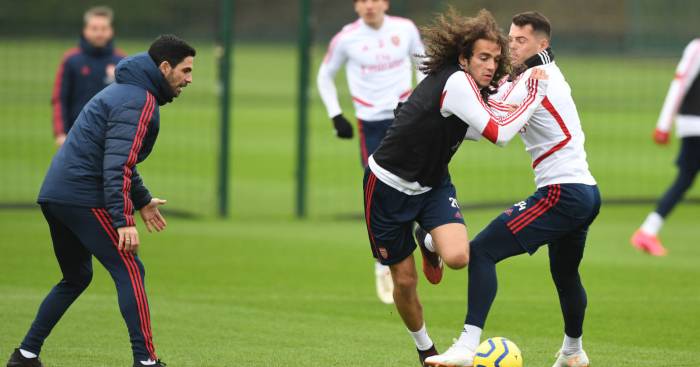 Arsenal players remain on course to return to training next Tuesday following their period of self-isolation due to the coronavirus outbreak.

Head coach Mikel Arteta tested positive for COVID-19 last week, prompting Arsenal’s game at Brighton to be postponed and playing a part in the Premier League opting to cancel all fixtures until April 3, at the earliest.

In line with government advice, all Arsenal players and backroom staff were forced into a 14-day self-isolation period due to working in such close proximity to Arteta.

That ends on Tuesday and, as things stand, the club’s London Colney training base will reopen and training will resume ahead of the planned home game against Norwich on April 4.

Arteta is understood to be feeling better and in good spirits having had a positive result for coronavirus last Thursday.

A number of Arsenal players were already self-isolating before Arteta’s test after it was revealed Olympiacos owner Evangelos Marinakis had also contracted the disease.

Those members of the team who had come into close contract with Marinakas following the Greek side’s shock Europa League win at the Emirates Stadium were in isolation, leading to the postponement of the already rescheduled Premier League trip to Manchester City last week.