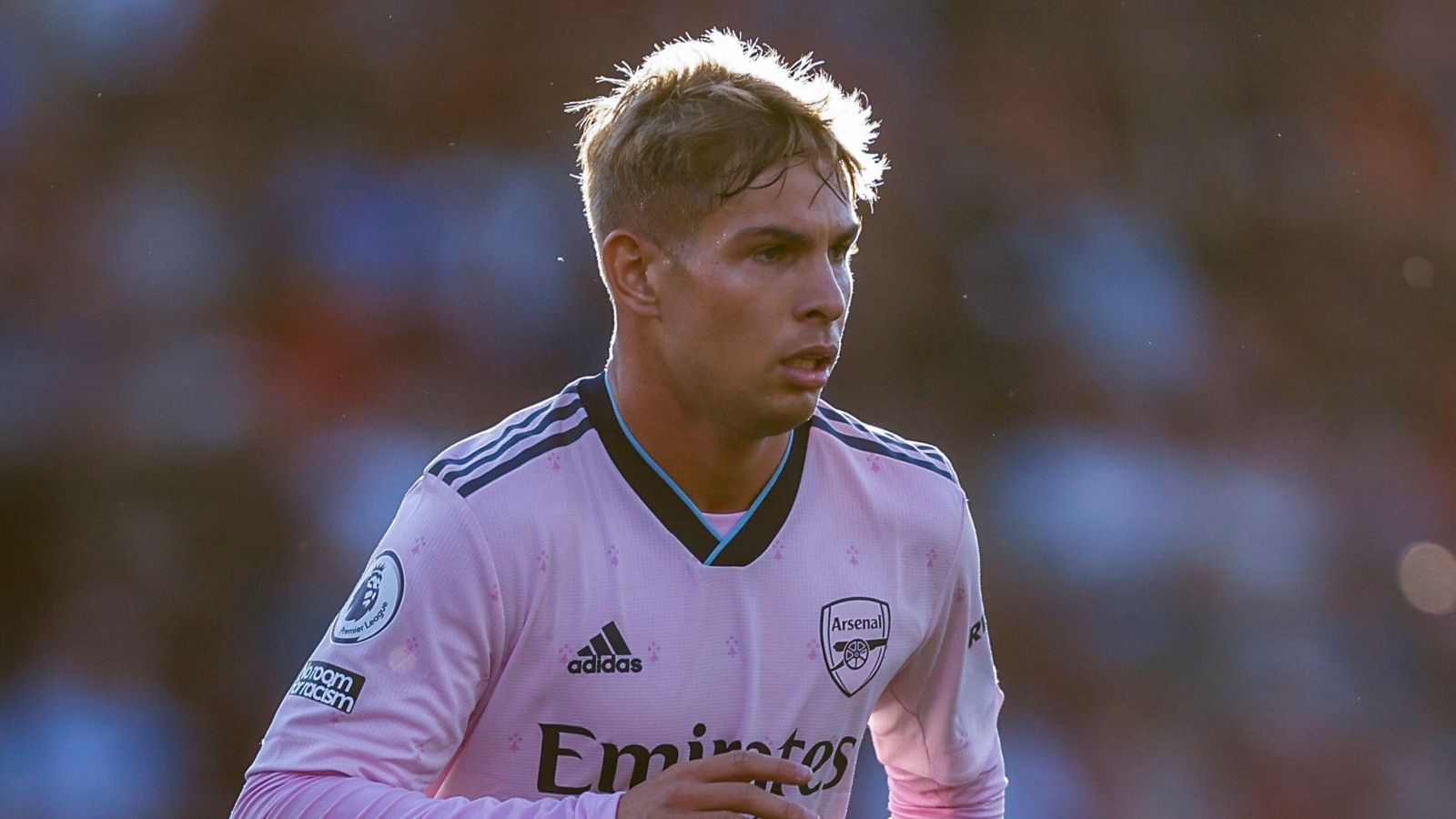 Emile Smith Rowe will not return for Arsenal until December at the earliest after undergoing surgery this week, the Premier League club has confirmed.

The 22-year-old has managed just 48 minutes of football across four substitute appearances so far this season.

A niggling groin complaint has troubled the England international for some time and the Gunners announced on Thursday that Smith Rowe now faces over two months on the sidelines after going under the knife.

“In recent months, Emile Smith Rowe has been experiencing discomfort in his groin, which has limited his training and match appearances,” a club statement read.

“Following a significant setback at our Premier League match against Manchester United at Old Trafford on September 4, and after further specialist consultations and discussions with our medical team, Emile underwent surgery to repair a damaged tendon in his groin.

“This successful surgery took place in London in the past few days and Emile’s rehabilitation programme is already under way. We are hopeful that Emile will return to full training in December.

“Everyone at the club will now be supporting and working hard with Emile to get him back on the pitch as soon as possible.”

Smith Rowe has three senior England caps to his name, scoring his only goal to date in the 10-0 win over San Marino last year.

A combination of form and fitness meant he was highly unlikely to make Gareth Southgate’s 26-man World Cup squad for Qatar but surgery has now ended any lingering hopes.

Reports have suggested that Spurs winger Dejan Kulusevski will also miss out.

He returned from international duty with Sweden with a suspected muscle injury and underwent a scan on Wednesday after reporting a tight hamstring.

The 22-year-old played 84 minutes of the 4-1 loss against Serbia before playing the full match as his country drew 1-1 with Slovenia.

Antonio Conte has stronger depth up top this season, and will likely go with a front three of Harry Kane, Heung-min Son and Richarlison should Kulusevski be unfit.

Son had started the season pretty poorly before netting a hat-trick off the bench during Spurs’ 6-2 battering of Leicester City in his side’s last match.

He starred for Brazil during the international break, netting three times in the Selecao’s fixtures against Ghana and Tunisia.

Kane, on the other hand, is guaranteed to score against Arsenal at the Emirates on Sunday. He always does. It will probably be a penalty, as well.