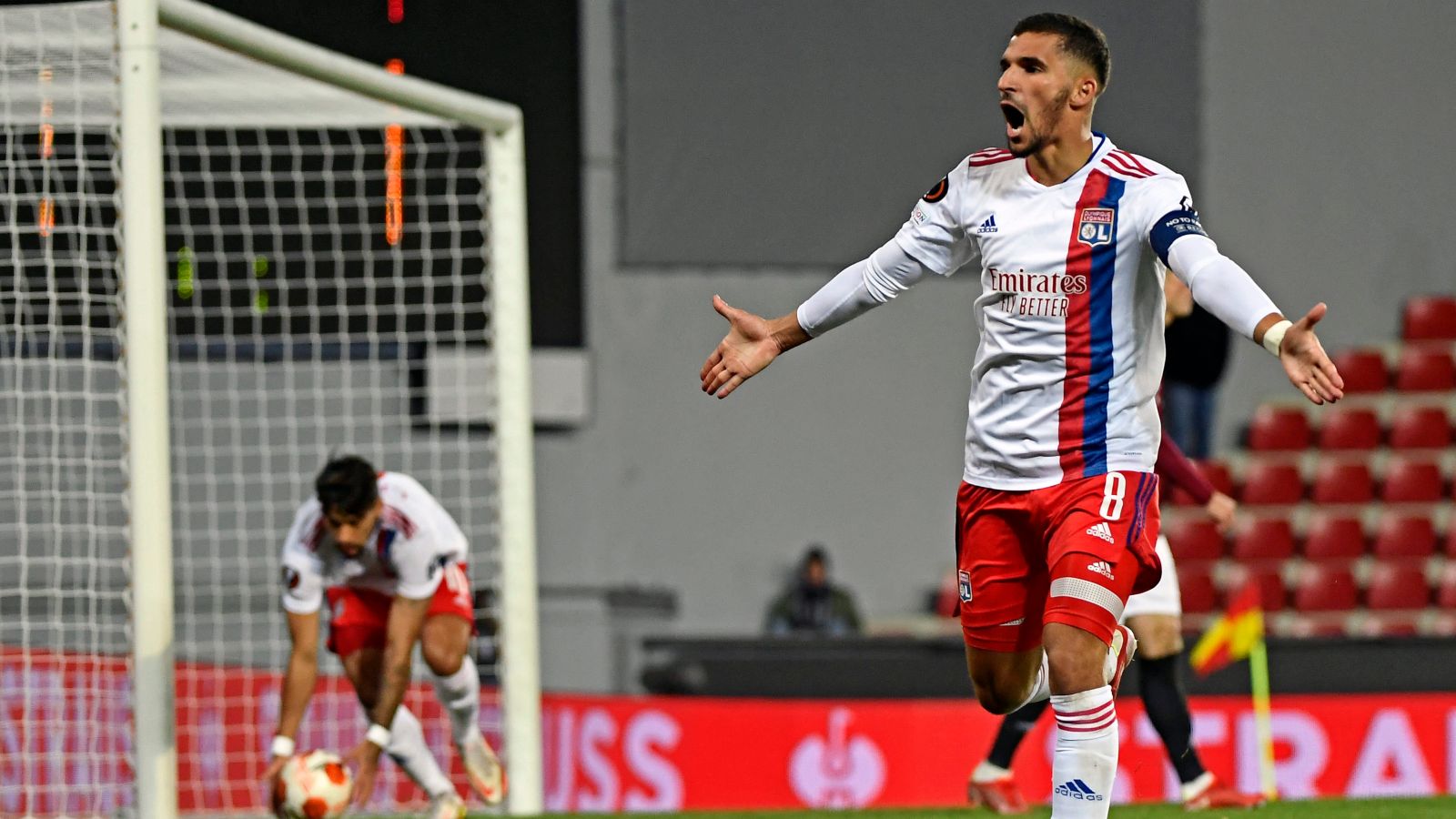 Arsenal are back in for long-term target Houssem Aouar with the midfielder ready to leave Lyon, according to reports.

The Frenchman has been linked with a move to the Emirates since 2020, with his price significantly dropping to around €25m in the January transfer window.

This term the France international has three assists and three goals so far with Lyon really struggling in tenth position.

Martin Odegaard has excelled this season in that attacking midfield role for Arsenal but Mikel Arteta is still apparently keen to add another player in that position.

Lyon president Jean-Michel Aulas yesterday hinted that Aouar would be leaving the French club at the end of the current season.

Aulas said: “Houssem Aouar wanted to leave already last year, it couldn’t be done. He will play even more by force of circumstances. There are nine games left to allow him to stand out.”

And Foot Sur7 (via Sport Witness) claim that Arsenal have ‘positioned themselves’ alongside a number of other clubs ‘should indeed leave’ the Ligue Un outfit in the summer transfer window.

Meanwhile, Arsenal boss Arteta is hoping to have Bukayo Saka and Takehiro Tomiyasu fit for their London derby away to Crystal Palace.

The Gunners went into the international break on the back of a win at Aston Villa which kept them in pole position to secure a top-four Premier League finish and a return to Champions League football.

Aaron Ramsdale missed the victory at Villa Park with a hip injury and was forced to withdraw from the England squad as a result.

He is almost certain to be unavailable on Monday night but Arteta may be able to call on Saka – who scored the only goal to see off Villa – and full-back Tomiyasu.

Saka tested positive for coronavirus while away with the Three Lions, ruling him out of the friendly wins over Switzerland and Ivory Coast but is now back in full training at Arsenal.

“Bukayo is feeling good, he’s training today, hopefully he is still feeling as he was yesterday,” Arteta said on Thursday.

“I don’t know how much he would have played (with England). Sometimes when a player is in a good moment, you don’t want to stop it.

“It’s what it is, he had Covid and we had to take him out of the national team. He had some time to rest and to recover, but he will be training in the next few days to again hit the form he was in.”

On Tomiyasu, Arteta added: “I think it will be close.

“He’s been training more and more. He has the boys back now, so he will be joining some sessions this week and let’s see how it is.

“He had a recurring injury, but in the other calf, which was strange and difficult to predict.

“He’s been through a lot in the last two years with all the Covid and the amount of games that he’s played.

“The transition to a different league with the intensity, it’s completely different. So we can find the right reasons and hopefully don’t go through that situation again because – especially for him – it’s been tough.”