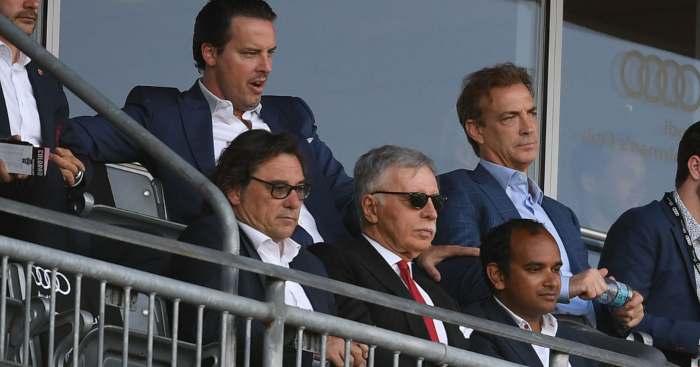 Arsenal will turn to candidates that can start immediately in their search for a new manager, according to reports.

Unai Emery was sacked on Friday morning after their 2-1 loss at home to Eintracht Frankfurt on Thursday that took their winless run in all competitions to seven.

A host of names have been mentioned as possible successors to Emery with the likes of Eddie Howe, Carlo Ancelotti and Nuno Espirito Santo mentioned.

However, David Ornstein in The Athletic claims that Arsenal could look to replace Emery with a free agent with their ‘initial focus is on candidates who are immediately available’.

Former Juventus boss Max Allegri and ex-Tottenham manager Mauricio Pochettino are available, while The Athletic adds that it believes Manchester City assistant Mike Arteta ‘would fall into the same category’.

‘Complicating matters is an apparent preference not to spend heavily on acquiring the next boss, which would be a problem for most people currently in management and possibly even for those who are not — depending on the terms of their severance agreements with previous employers.’

Allegri, who was interviewed for the job after Arsene Wenger left in 2018, has ‘concerns about the quality of Arsenal’s squad’ and wants to hang around until the summer to decide his future.