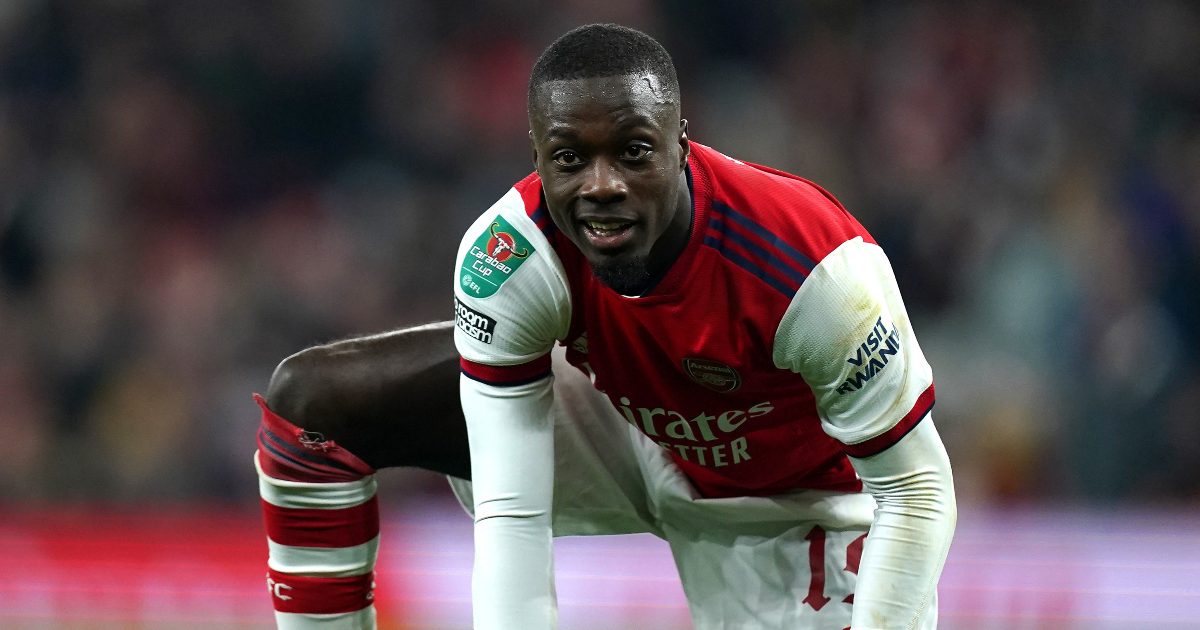 According to reports, Arsenal are ‘prepared to let’ Nicolas Pepe leave on loan before the transfer window closes.

The winger joined the Gunners ahead of the 2019/20 campaign. This came after he enjoyed two brilliant seasons in Ligue 1 with Lille.

During the 2018/19 season, he was involved in 33 goals from his 38 appearances in the French top flight.

Arsenal remain all process and no plan on transfer deadline day

Arsenal broke their club-record transfer fee to sign Pepe for around £72m. He has not been unable to live up to expectations so far.

The 26-year-old has only played nine times in the Premier League this term and he has provided one assist.

90min are reporting that Arsenal are ‘prepared to let’ Pepe leave the club on loan. A permanent deal is unlikely as his contract does not expire until 2024.

Their report adds that a Spanish side are ‘confident of agreeing a deal’ for Pepe. Teams from Germany and France are also interested in him.

“Of course they need him. But you’ve also got to show your dominance as a manager and say you can’t be doing stuff – especially when you have a young team.

“Stuff like that you learn as you go along.

“It’s not a good look for Arsenal Football Club.