The Gunners have been linked with a Marseille midfielder who could replace Guendouzi. 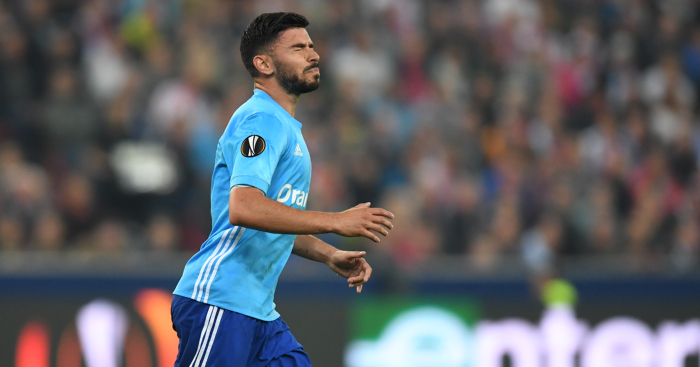 Arsenal have joined the race to sign Morgan Sanson from Marseille, according to French publication Le10 Sport (via TalkSport).

The Gunners have reportedly asked the Ligue 1 club how much Sanson will cost them.

Arsenal have joined Premier League sides Tottenham, Newcastle and West Ham in the pursuit of the 25-year-old.

Marseille are thought to want around £36 million for the former French U21 international. His contract is set to expire in June 2022.

He’s a versatile central midfielder who can play in an attacking, central or defensive role.

He’s been at Marseille since 2017, when he signed for around £10.8 million. Tottenham were first linked with Sanson back in June, when Mourinho was looking to bolster his options in midfield.

If a bidding war starts then Marseille could see the transfer fee rise well above the initial £36 million.

Arsenal could be looking at the player as a replacement for Matteo Guendouzi, who looks set to leave the Emirates this summer.

Guendouzi looked like a promising player before his outburst against Brighton in June.

The Frenchman reportedly taunted his opponents about their salaries before grabbing striker Neal Maupay by the throat.

Arsenal boss Mikel Arteta wasn’t impressed with the 21-year-old and benched him for the remainder of the season.

Lucas Torreira is another midfielder who looks set to leave the Gunners this transfer window.

Torreira and Guendouzi could be sold to raise funds for Sanson and Atletico Madrid’s Thomas Partey.

Arsenal have long been linked with Partey and are expected to pay £70 million if they want to sign him.

Meanwhile, Arsenal are trying to tie down club captain Pierre-Emerick Aubameyang to a long-term contract.

The talks follow continued interest from Barcelona. Gunners fans will be hoping their talisman stays after he showed his worth in the FA Cup final victory over Chelsea.