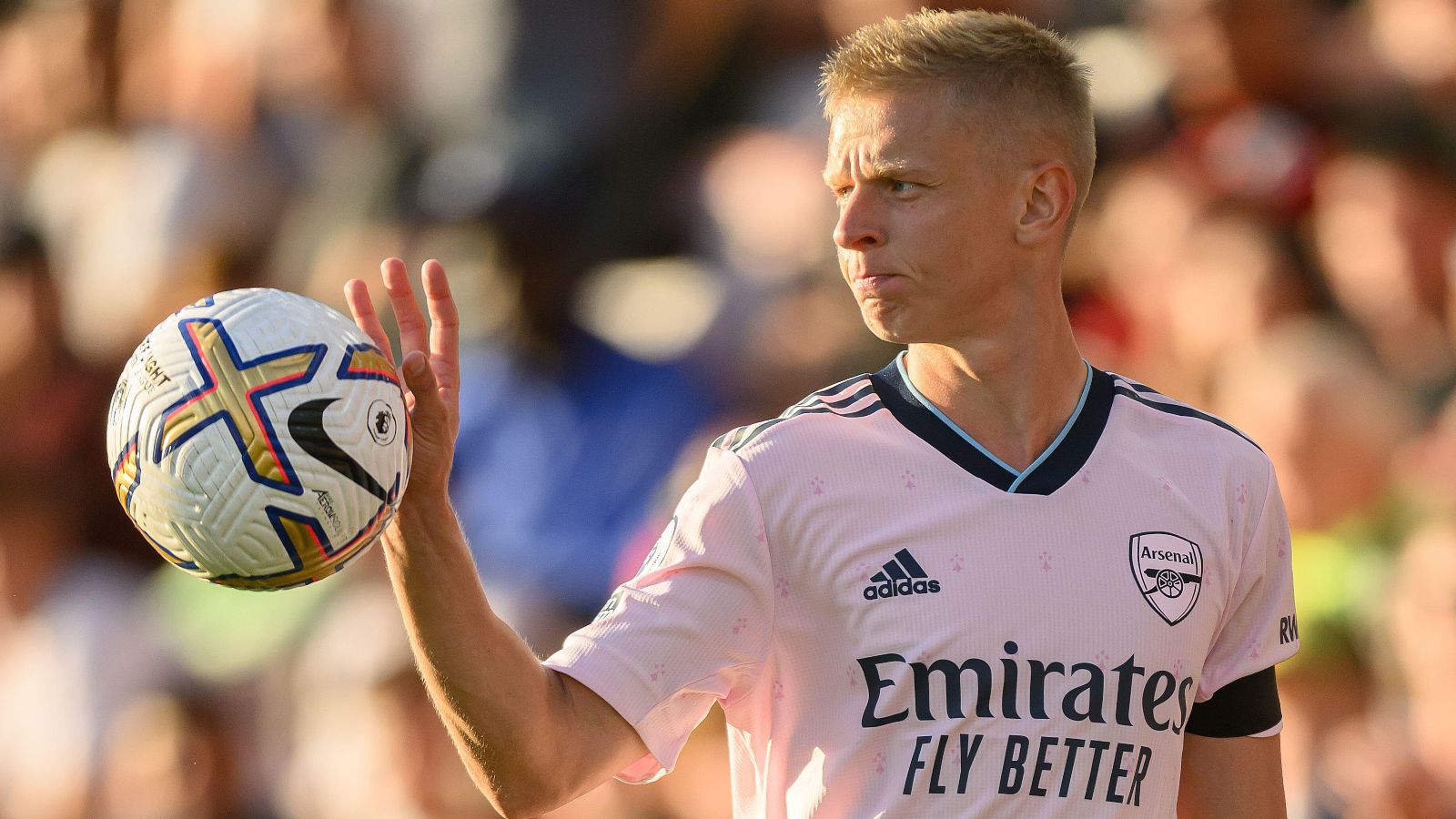 Arsenal could have three injured players back to face Tottenham on Saturday, while there is reportedly good news about Kieran Tierney.

The Gunners have suffered a number of injury worries over the first couple of months of the season with the international break coming at a good time for Mikel Arteta.

It has allowed him to get a number of players closer to full fitness ahead of the north London derby against Tottenham on Saturday afternoon.

Arsenal are still top of the Premier League table after they beat Brentford 3-0 in west London before the international break, while Tottenham – who are still unbeaten this season – are just one point behind them.

And Football.London has given Arsenal fans hope that they will have a strong squad to call upon with the website insisting Thomas Partey, Oleksandr Zinchenko and Takehiro Tomiyasu ‘could all be available’ for the north London derby.

Zinchenko had been suffering a calf problem that saw him miss their win over Brentford, while Tomiyasu and Partey picked up injuries while away on international duty with Japan and Ghana.

Ghana boss Otto Addo had some good news for Arsenal fans earlier this week, though, he said: “Hopefully Thomas will be healthy very, very soon.We didn’t want to take that risk in a friendly game to play him against Brazil, but surely playing a player like him against a squad like Brazil would have been helpful.”

Tierney, who withdrew from the Scotland camp, is ‘set to be available’ to face Tottenham as he ‘should recover’ from his concussion in time for Saturday.

Football.London adds: ‘Partey, Zinchenko and Tomiyasu meanwhile are all back in north London and being assessed ahead of the weekend. The Gunners will continue to monitor them over the coming days and football.london understands that they remain hopeful that all three could be involved for Tottenham.’

After initially appearing to sit on the fence, former Chelsea and Liverpool defender Glen Johnson is predicting an Arsenal win on Saturday.

When asked for his north London derby prediction, Johnson told SafeBettingSites: “It’s going to be a tough one to call to be honest.

“I literally have no idea how the game will play out because Arsenal surprised me, Tottenham look really solid. This game is probably the biggest 50/50 this season.

“It would be a massive win for either team, because both teams are performing really well and you’ve got to show that you’re at that level.

“There’s a lot of teams in the league that can get to a position near the top of the table, but it can be false, because it depends who you’ve been playing.

“These are two clubs now where they’re both in form, they’re both knocking around the top of the table and you’re going to have to prove that you’re the best at some stage.