Home Arsenal Arsenal, Ramsey refuse to even speak to Ornstein… 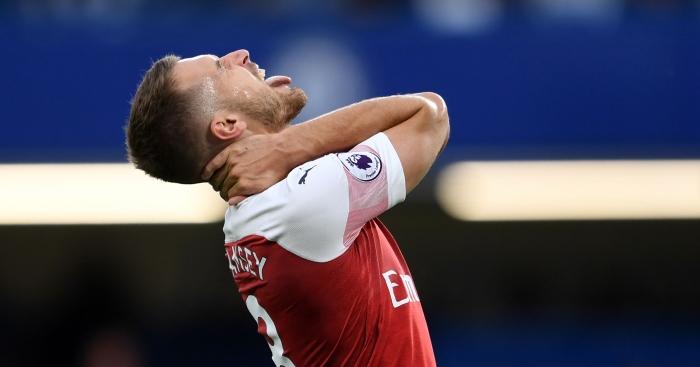 Arsenal and Aaron Ramsey are both staying silent on the recent breakdown of their contract negotiations.

Ramsey was expected to extend an Arsenal contract that expires at the end of the season, with talks reported to be progressing well over the summer.

But they broke down earlier this week, meaning the Welshman is likely to leave either in January or next summer.

Little has emerged in terms of any reasons for the collapse in talks – although some have speculated that the Welshman’s demands are too high for a club looking to balance the books with regards to an ever-inflating wage budget.

David Ornstein of BBC Sport does say that a ‘four-year agreement was in place’ between the two parties, but Arsenal ‘pulled out’ before anything was signed.

Almost unfathomably, neither Arsenal nor Ramsey were willing to speak to Ornstein. ‘When contacted by BBC Sport, neither party would say why the deal collapsed,’ he writes.

Ramsey will be free to sign a pre-contract with any club outside the Premier League on January 1.