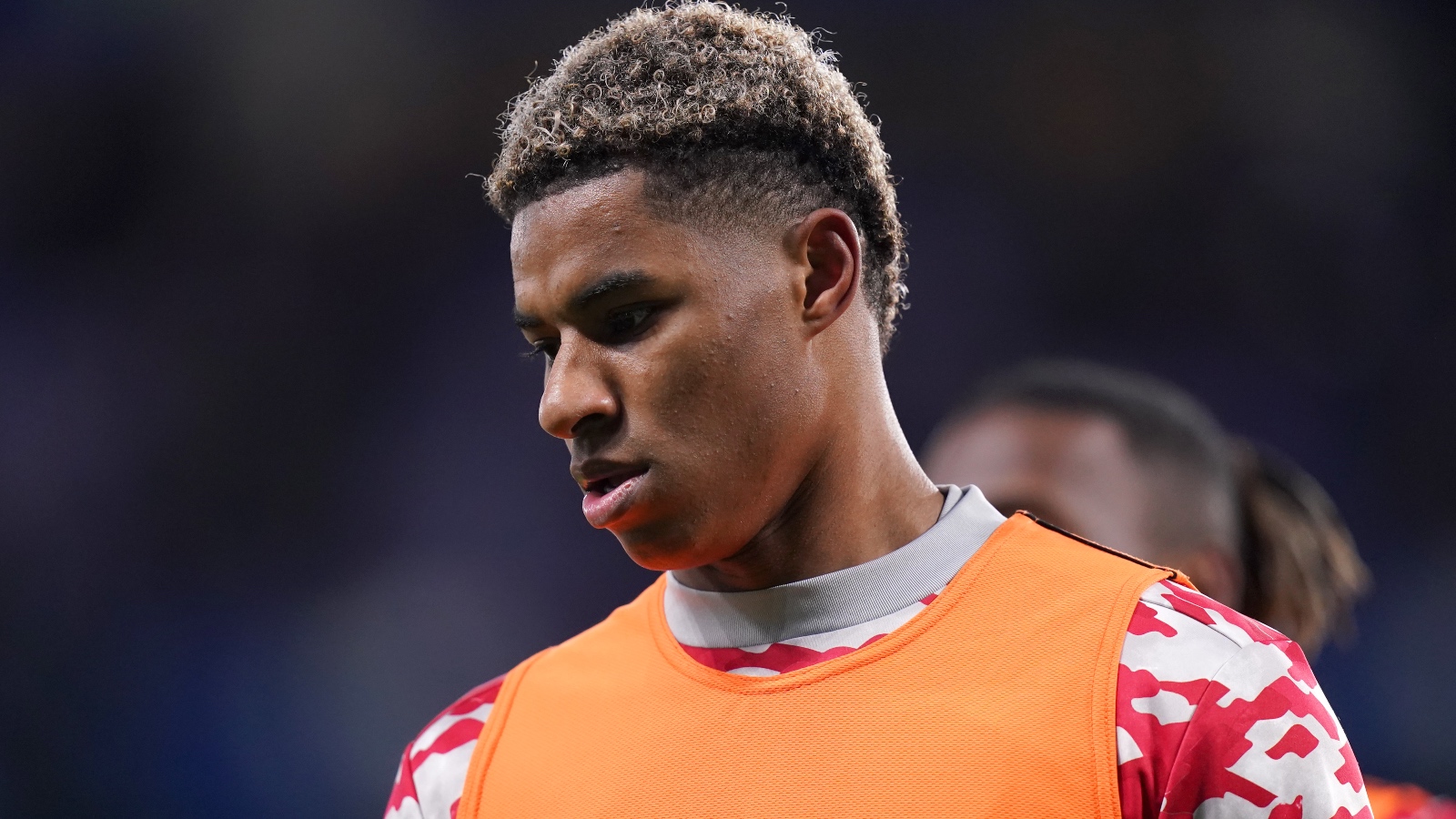 Arsenal are plotting a move for the underperforming Manchester United star Marcus Rashford as his relationship with the club deteriorates, according to reports.

Rashford, 24, has scored just five times in all competitions this season and is thought to be considering a move away from Old Trafford due to his lack of game time under United’s interim manager Ralf Rangnick.

He was involved in an altercation with a fan after the Champions League defeat to Atletico Madrid and is said to be unhappy at the club he has spent his entire career with.

Axed from the latest England squad, he is also eager to reinstall himself in Gareth Southgate’s plans ahead of the World Cup later this year, which will lead him to assess his options in the summer.

According to the Mirror, Arsenal are one of those options and will offer the struggling forward an escape route from United this summer.

The Gunners are on the lookout for a new striker after the departure of Pierre-Emerick Aubameyang and have added Rashford to their list of targets for the upcoming transfer window.

With Arsenal likely to be playing Champions League football next season, Mikel Arteta could provide Rashford with the platform to revitalise his career in a team on an upward trajectory.

However, should United decide to let Rashford leave – he has little more than a year left on his deal – then Arsenal will face fierce competition for his signature, with clubs such as Liverpool, Barcelona and Paris Saint-Germain also interested.

Former England goalkeeper David James reckons Rashford would be a “valuable asset” to Liverpool if he decided to make the switch to Anfield.

“I just think he’s got all the attributes to be a false-nine, through-the-middle player, rather than being stuck out wide,” James told GGRecon.

“Therefore, again, when you look at the likes of Liverpool’s fluidity, he could actually play wide, and in the middle, and essentially do anything he wants to do if he was playing in that Liverpool side.