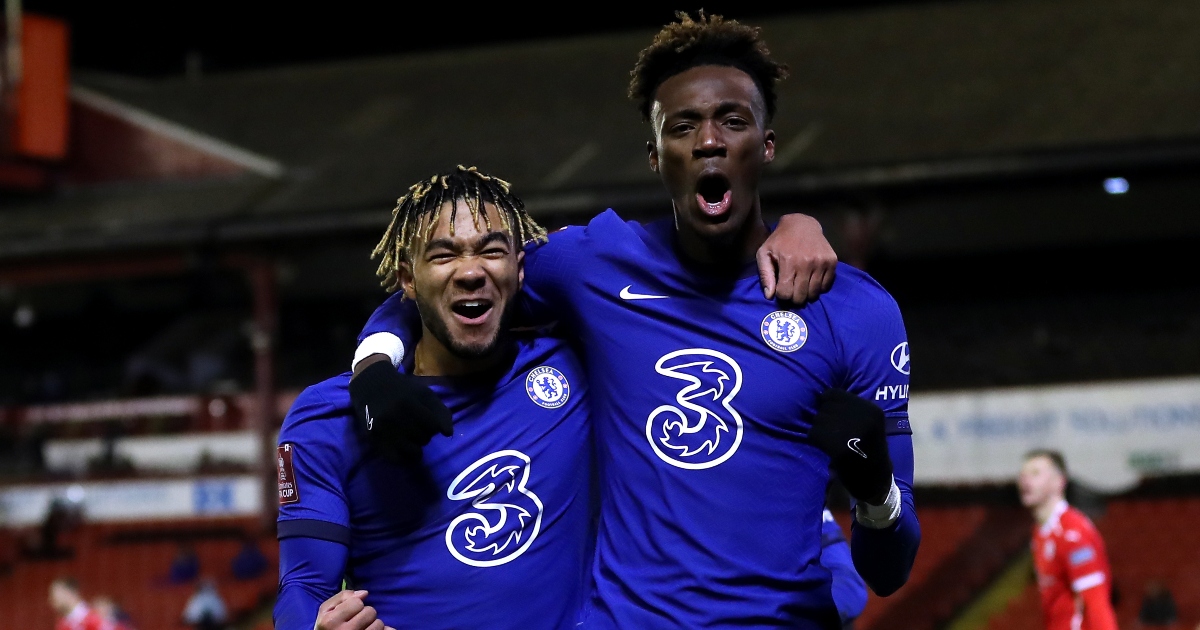 Arsenal have moved closer to securing a deal for Chelsea’s Tammy Abraham as they are reportedly prepared to meet his personal terms and wage demands.

Abraham has fallen out of favour at Chelsea since Thomas Tuchel’s arrival, failing to make the squad for their FA Cup and Champions League finals.

He made 32 appearances last term, with the majority coming under the former guidance of club legend Frank Lampard.

The 23-year-old has been linked with a move away from Stamford Bridge all summer. West Ham and Aston Villa have been keeping tabs on the Englishman, whilst Arsenal have recently emerged as being very keen on his signature.

His reported £40million price tag is putting off potential suitors, but the Blues could potentially listen to loan offers.

According to The Express, the Gunners have agreed to meet Abraham’s wage demands, which is apparently as high as £125,000 per week.

No deal has been agreed yet between the London clubs but Mikel Arteta is keen on making it happen.

The, perhaps, over-pricing of Abraham could be due to the fact that Chelsea are working on a move for Borussia Dortmund striker Erling Haaland.

A deal for Haaland could cost up to £130m and it is likely that the Blues will have to sell a player or two before signing the ruthless striker.

Arsenal, on the other hand, will fund a move for Abraham by letting go of Alexandre Lacazette.

The Frenchman is out of contract at the end of next season.

Spanish website Fichajes says that Arsenal are ‘going crazy’ over Abraham with Lacazette being a player they will ‘discard’ to make way for the Chelsea striker.

They add that Arsenal have put a £15m price tag on the ex-Lyon man which they claim would be a ‘bargain’ for any club. That backs up claims from The Sun, who also recently put his valuation at £15m.

Meanwhile, former Gunners striker Kevin Campbell reckons the north London club should take a risk by keeping Lacazette and hoping that he will sign a new deal eventually.

Campbell told Football Insider: “Arsenal have shot themselves in the foot so many times over player contracts.