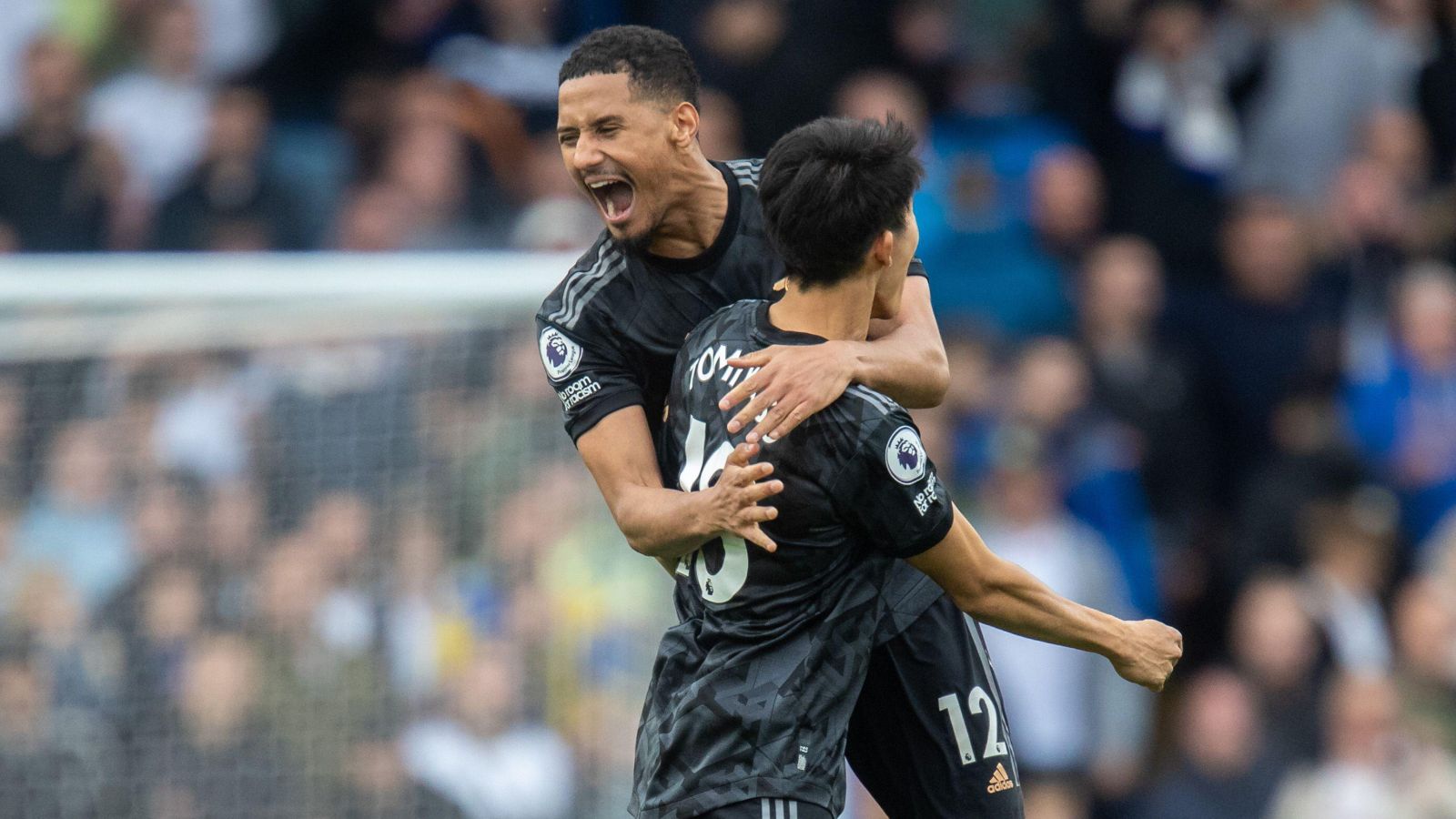 Arsenal defender William Saliba is reportedly on a three-man shortlist as Real Madrid plan to replace Nacho Fernandez next summer.

The Gunners are only just getting used to having Saliba around but there are concerns that he could leave the club in the near future.

The centre-back has been one of the Premier League’s breakout stars this team after he was one of Ligue 1’s top performers in 2021/22.

Saliba is now likely to feature for France at the upcoming World Cup and his performances for Arsenal are not going unnoticed.

French giants PSG were linked with him last week and Spanish outlet El Nacional are reporting that Real Madrid have their eyes on him.

This comes as Carlo Ancelotti has made the ‘difficult decision’ to let Nacho go when his contract expires next summer.

The 32-year-old has only started three times for Madrid in La Liga this term as he has been impacted by Antonio Rudiger’s arrival.

It is said that Florentino Perez ‘will do nothing’ to keep Nacho at the club and they have now drawn up a three-man shortlist of candidates to replace him.

Saliba is being considered and the report claims that Real Madrid may look to capitalise on his contract situation to ‘incorporate him’.

The 21-year-old is out of contract in 2024 along with Gabriel Martinelli and Bukayo Saka.

Arsenal are keen to keep all three players at the club long-term and it is a priority for them to extend their deals.

Fabrizio Romano has moved to ease the nerves of the club’s supporters. Speaking on Monday, he suggested that Arsenal are “optimistic” that Saliba will remain at the club.

“Arsenal are optimistic about the contract situation of both William Saliba and Bukayo Saka. Saka and Saliba have become two key players for Arsenal, particularly this season.

“Both players are discussing with the club as a matter of priority.

“I’m told there’s nothing concrete with any other clubs as of now.”

El Nacional adds that Villarreal star Pau Torres is also on Real Madrid’s list. The defender has previously been linked with Man Utd and Tottenham Hotspur.

The report notes that as things stand, a move for him is ‘more complicated’ than Saliba as the price will be ‘much higher’.

The Slovakia international could cost as little as £10m in January as his contract is up in 2023.

Ancelotti ‘likes him the most’ because of his ‘enormous experience’ and he has played at a ‘brutal level’ for Inter Milan.

Skriniar has ‘decided to leave in June’ but it will not be a ‘simple operation’ as Man Utd and PSG are providing competition for his services.

READ MORE: Arsenal scorers in Premier League games against the Big Six has surprise name out in front