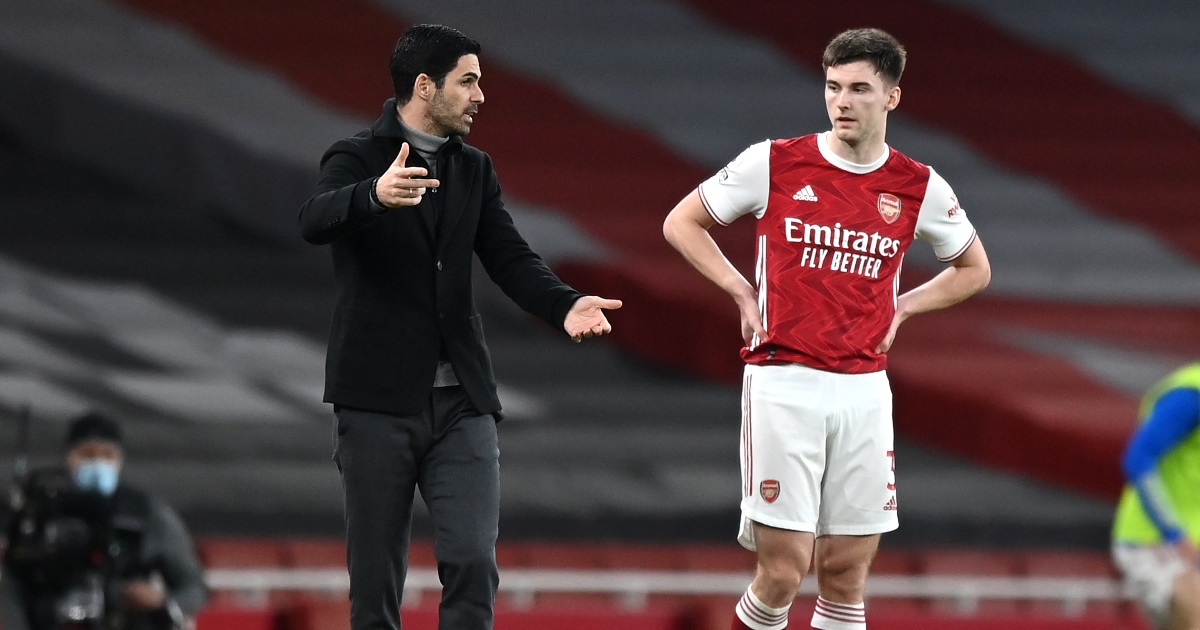 Arsenal full-back Kieran Tierney is in line for a contract extension after impressing Mikel Arteta, according to reports.

The defender, currently on international duty with Scotland, was one of Arsenal’s key men in the season just finished.

He made 38 appearances in all competitions, including 27 in the Premier League. His chances of appearing in every league game were ruined by a knee problem in late January.

Tierney impressed fans with his dangerous attacking displays throughout the campaign. He was often used as an outlet for the Gunners, putting in some good crosses for their attackers from left wing.

According to football.london, Tierney’s performances earned praise from Arteta and he is now set to be rewarded with a new deal.

Arsenal have begun discussions with the player and his representatives about a contract extension.

If negotiations go well, then the 24-year-old could surpass the £100,000-a-week mark before next season.

Arteta heaped praise on Tierney earlier in the campaign.

The manager said: “I think he can be Arsenal captain as he has the respect and admiration of every member of the staff and every player.

“It is just the way he is. He does it in a natural way. He is a really shy boy as well but he represents all of us in the club; all of the values that we want to instill and are in the DNA in this club.”

Arsenal chiefs are keen to bring in a backup for Tierney this summer. Sead Kolasinac, Arteta’s other option in the position, looks set to leave after spending the 2020/21 campaign on loan with Schalke.

The Gunners have been linked with Ryan Bertrand. The Englishman is a free agent following the end of his Southampton contract.

The report also states that Arsenal are confident Emile Smith Rowe will sign a new contract.

The attacking midfielder, 20, begun discussions with the club in May over a new five-year deal.