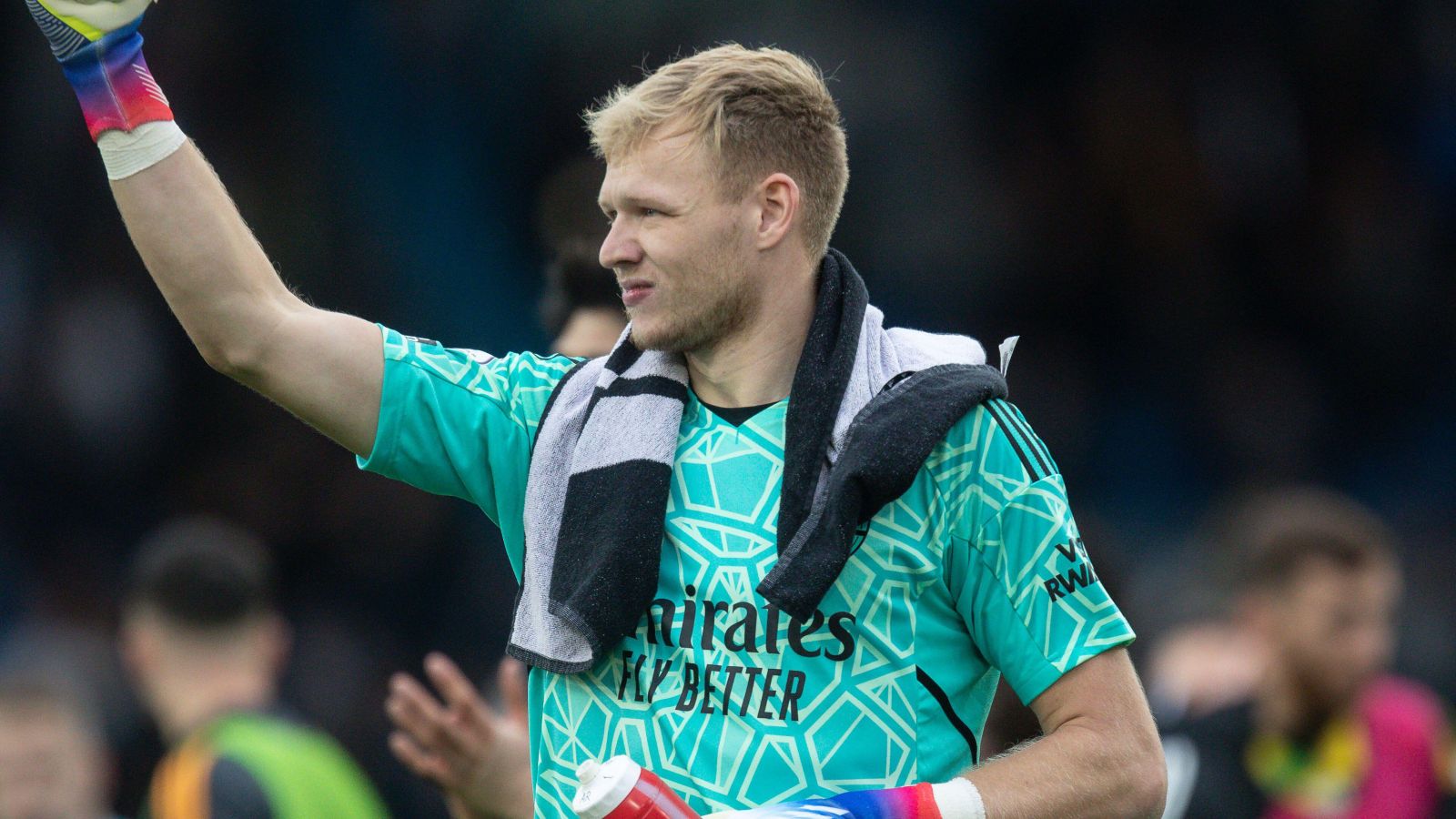 A new contract for Aaron Ramsdale is reportedly ‘on Arsenal’s agenda’ as they look to tie down their most important players to new deals.

Ramsdale signed for Arsenal last year after suffering relegation with AFC Bournemouth. They paid an initial fee of around £24m to bring him in.

The Englishman quickly replaced Bernd Leno as the club’s first-choice goalkeeper and he shone for the Gunners in his debut season.

Many questioned Arsenal‘s decision to sign him but he has proven to be an inspired addition.

The England international has also made a strong start to this campaign as Arsenal sit four points clear at the top of the Premier League.

Mikel Arteta’s side is very youthful and it is important that they do not lose some of their best players as they attempt to progress further in the years to come.

Gabriel Martinelli, Bukayo Saka and William Saliba are all out of contract in 2024 and it is a priority for Arsenal to offer the trio new deals.

The Athletic’s James McNicholas is now reporting that Arsenal have also recognised that Ramsdale deserves an improved salary.

He also brings up Takerhiro Tomiyasu and Charlie Patino as players in line for a new contract.

‘A new contract for Aaron Ramsdale is also on Arsenal’s agenda. Although he only joined the club in 2021, he has since established himself as the No 1 and is a regular part of the England international setup,” McNicholas wrote for The Athletic.

‘There is an acknowledgement on all sides that he should be rewarded with a salary more in line with a first-choice goalkeeper at a top-six club.

‘Another issue for Arsenal is the domino effect: as soon as they give out one contract, other players and representatives will inevitably come knocking.

‘Takehiro Tomiyasu signed for the club on a relatively modest salary and should he regain a regular place, he would hope to see that addressed.

‘Charlie Patino’s contract expires at the end of this season — Arsenal have the option to trigger a two-year extension, but there is a deadline on that clause and no contract talks have yet taken place.

‘Arsenal’s position in the summer was to focus on transfer business rather than contract renewals, but it has created something of a backlog.

‘There is an opportunity, though, for Arsenal to make a statement. The World Cup provides a break in the season, and an opportune moment for clubs and agents to talk.’

He continued: ‘But if Arteta were able to announce new contracts for Saka, Martinelli, Saliba, Ramsdale and Patino — simultaneously or separately — it would send quite the message. Arsenal’s performances this season suggest they have entered a new era. Now to ensure it continues.’