Torres is the subject of interest from two elite clubs in England after becoming a first team regular at Villarreal. 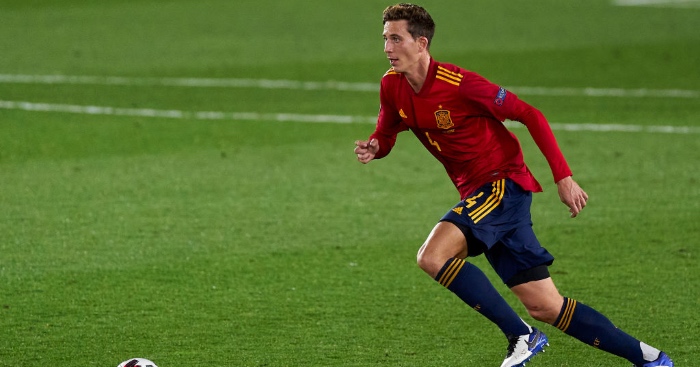 Arsenal will reportedly rival Man Utd in January for the signing of Villarreal defender Pau Torres.

The Spaniard has been linked with a move to Old Trafford in recent weeks as an alternative option to RB Leipzig’s Dayot Upamecano.

He is viewed as one of the most valuable defenders in La Liga and could help to improve United’s somewhat leaky defence.

However, according to sources in Spain (via the Daily Mirror) Arsenal are now hoping to sign the player during the mid-season transfer window.

It’s thought a deal could cost either side around £35 million, depending on Villarreal’s valuation of the 23-year-old centre back.

This could rise to in excess of £50 million if the two teams get into a transfer battle for Torres.

The Gunners were also close to loaning out young centre back William Saliba to the Championship, although this never happened.

Torres is seen as a long term successor to current defender David Luiz. The enigmatic Brazilian is now 33-year-old which means he has reached the twilight stage of his career.

United are likely to put up a strong fight if they want to sign Torres too. Ole Gunnar Solskjaer’s side have come under scrutiny after their shaky start to the season.

They’ve conceded 11 goals in their first three games, including a 6-1 thrashing at the hands of Spurs.

Despite being in the market for a new centre back during the summer, they failed in their attempts to sign Upamecano from Germany. That deal could now take place next summer for £38 million, although they will have plenty of rivals.

Solskjaer sold English defender Chris Smalling to Roma after he had a successful spell there last season.