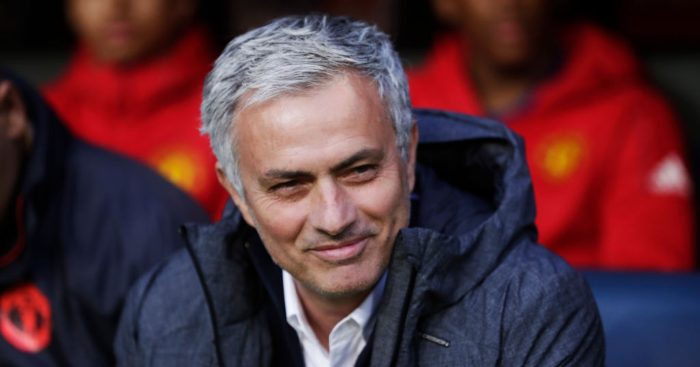 Jose Mourinho is targeting a return to the Premier League as he eyes up his next managerial job, according to a report.

Mourinho has been out of a job since December when he was axed by Manchester United after overseeing a dismal start to the campaign at Old Trafford, and it has previously been reported that the Portuguese already has his next job lined up.

The latest link came from German newspaper Bild, who claimed Jose Mourinho was learning German as he eyed up the Borussia Dortmund job.

Current Dortmund boss Lucian Favre is not understood to be in any immediate jeopardy – but the German giants have made an inconsistent start to the campaign.

However, The Sun claims on Wednesday that the Portuguese coach ‘has set his sights on becoming the first boss to win major trophies at three English clubs.’

The report adds that with Unai Emery under pressure from supporters at the Emirates Stadium, Mourinho’s desire could be of ‘huge interest’ to Arsenal.

Mourinho is understood to be keen on a Premier League return so he can ‘leave a lasting legacy’ in English football.

The Sun continues: ‘No manager has delivered league titles or European trophies for three clubs in England before, and if Mourinho could do that his status in the game would be hard to ignore.’

And the managerial role at Arsenal could be the one to get Mourinho’s ‘juices flowing’.