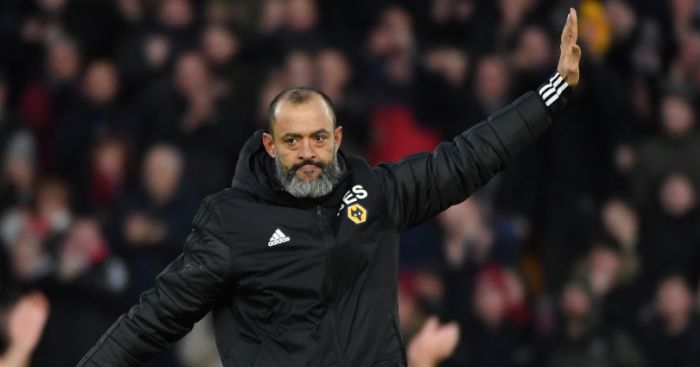 Arsenal will not pursue a move for Wolves boss Nuno Espirito Santo, according to a report.

Unai Emery was sacked on Friday morning after their 2-1 loss at home to Eintracht Frankfurt last Thursday that took their winless run at the time in all competitions to seven.

A host of names have been mentioned as possible successors to Emery with the likes of Max Allegri, Eddie Howe, Carlo Ancelotti and Brendan Rodgers mentioned.

A report on Tuesday claimed that three managers have risen to the top of Arsenal‘s shortlist to replace Emery with the club’s ‘initial focus is on candidates who are immediately available.’

Former Juventus boss Allegri and ex-Tottenham manager Mauricio Pochettino are available, while The Athletic adds that it believes Manchester City assistant Mike Arteta ‘would fall into the same category’.

After his brilliant work over the last couple of years at Wolves, Nuno has also been heavily linked with the role.

But John Cross in the Daily Mirror claims that Arsenal ‘have cooled any interest’ in Nuno ‘because of his communication skills’.

It seems a bit of a bizarre claim considering Nuno’s brilliant English and no public complaints since he arrived at Wolves.