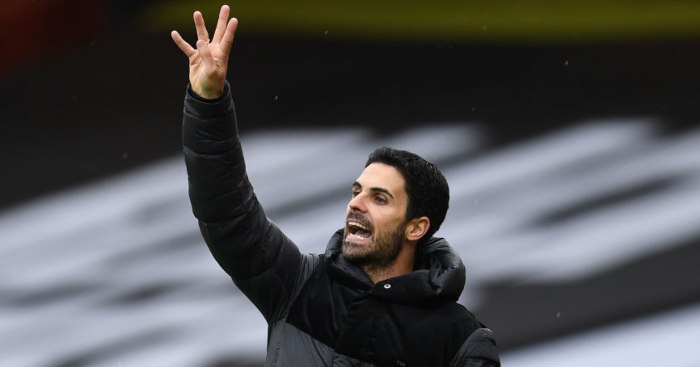 Arsenal centre-back William Saliba is reportedly ‘fed up’ of his lack of playing time and is ‘desperate’ to return to Saint-Etienne in January.

Saliba was signed for £27million from the Ligue 1 side last year but spent last season on loan with them as part of the deal.

He was widely expected to fit straight in to Mikel Arteta’s team when he teamed up with Arsenal but is yet to feature for the club this season, with claims he is not currently suited to the Premier League.

Saliba was left out of the Gunners’ Europa League squad by Arteta, meaning his chance of action is limited to domestic competition.

“I feel really bad for William Saliba,” Arteta said after the decision. “Because we had so many central defenders, we decided to leave him out of the squad which was really hurtful for me to do.”

But French publication ButFootballClub (via the Mirror) claim Saliba is ‘fed up’ with the decision and his lack of minutes and will therefor push for an exit when the transfer window opens in January.

One option would be a return to Saint-Etienne, but that’s unlikely to help his suitability for the Premier League.