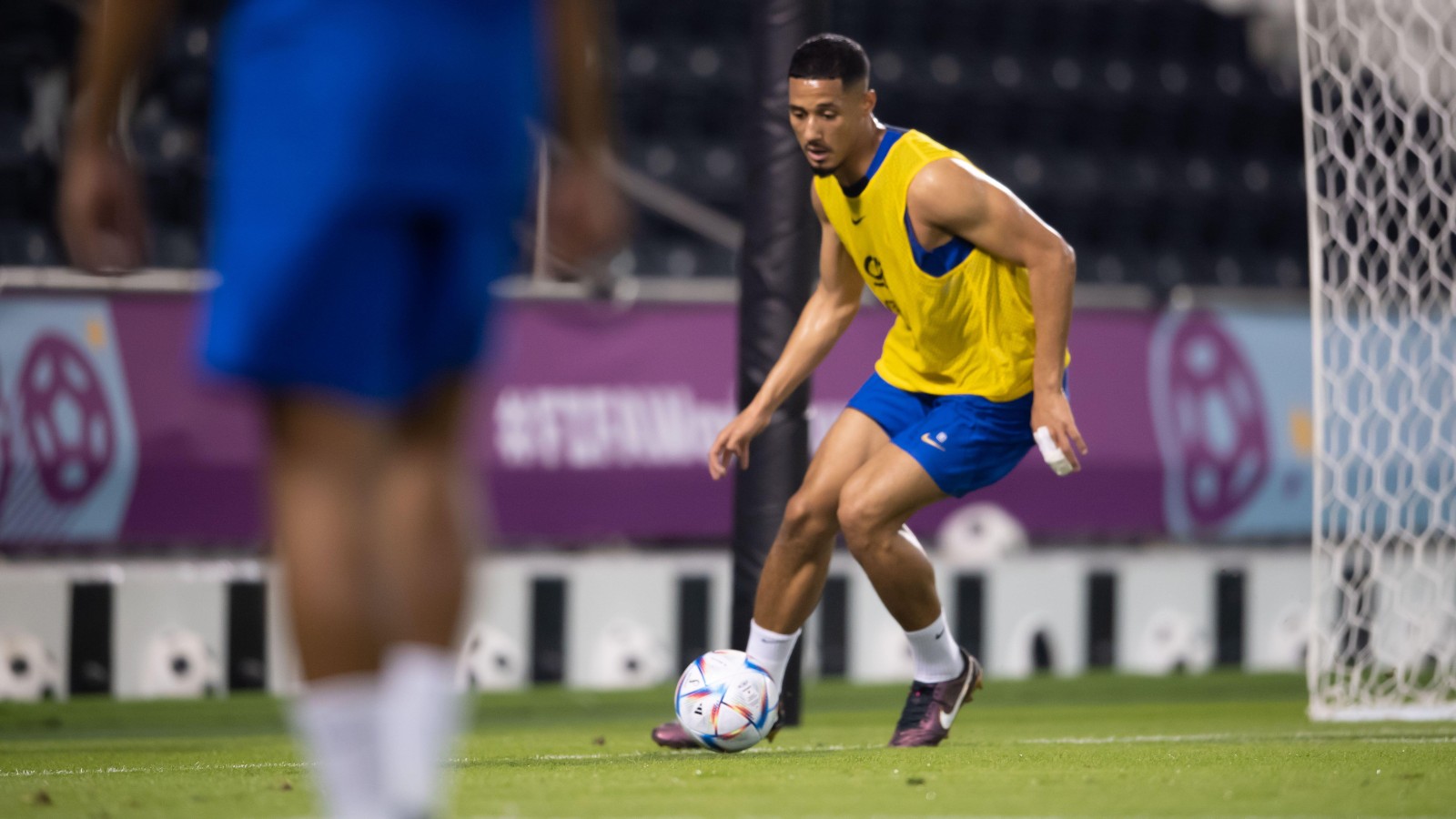 Saliba has had a brilliant start to the season for Arsenal after returning from a loan spell at Marseille, which saw him named Ligue 1 Young Player of the Year last season.

Arsenal have won 12 of their 14 Premier League matches this campaign and Saliba has been one of the key reasons why they sit five points clear at the top of the standings.

France – who kick off their World Cup journey against Australia on Tuesday – are blessed in a number of positions and central defence is no different with Manchester United’s Raphael Varane, Liverpool’s Ibrahima Konate and Bayern Munich’s Dayot Upamecano just a few of the players who can play in that position.

“William Saliba has had a brilliant first half of the season, but I think it will be difficult for him to be a starter for France,” Gallas told Genting Casino.

“Even if Varane doesn’t play, I don’t think that Saliba would be Deschamps’ first choice to start.

“You have [Ibrahima] Konate at Liverpool and [Dayot] Upamecano at [Bayern] Munich.

“If he does play and if he plays well, I don’t think it will make contract negotiations with Arsenal any more difficult.

“I think he will stay with Arsenal. He is at the right club to take it to the next level for the next two to three years and he could become a Premier League champion.”

Arsenal legends Emmanuel Petit and Patrice Vieira were in the France squad when they beat Brazil in the 1998 World Cup final and Saliba wants to be in the second squad of French players to win the tournament.

On that history, Saliba recently said: “Yes, of course, I want to be the next Frenchmen to do that, like Petit or Vieira. We will see.

“You know in France we have a lot of good defenders so that is why I am so happy. If I am in the squad it’s because I had a good start to the season with Arsenal. I am so happy and grateful to be in this squad.”

On finding out he was in the France squad ahead of their loss to Brighton in the League Cup, Saliba added: “Some people told me just one hour before, but I waited for the coach (Didier Deschamps). So when the coach told the media I was so happy. It was just before the game. I was so happy.

“When he (Deschamps) spoke on the TV we were in the warm-up. So when I came back I watched it a little bit on my phone and I saw my name. I was so happy.

“It is amazing. I don’t think I can imagine what is the World Cup now, but I will imagine it later.”