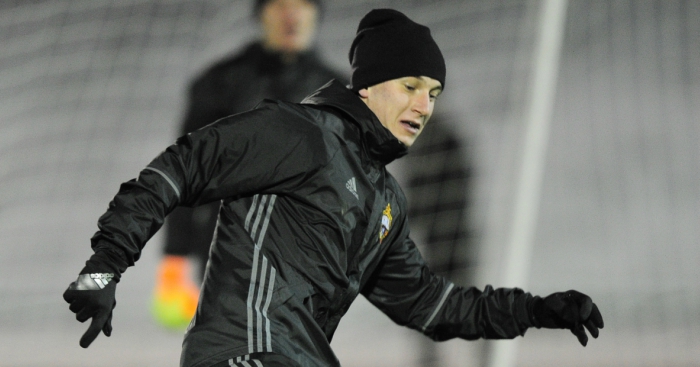 Arsenal scout Pavel Kucherov claims that reported Gunners target Aleksandr Golovin is not yet good enough to feature for the club.

The Gunners were linked with a move for CSKA Moscow midfielder Golovin at the weekend, with one report claiming they will sign him for £10m this summer.

But Kucherov, who works as a scout for Arsenal in Russia, has dismissed the idea that he would be ready for first-team football instantly.

“This was a surprise for me. Usually, these things aren’t publicised and are kept private,” he told Sport Express.

“He is not talented enough for the European level and it’s unrealistic to discuss his transfer to a top Premier League club.

“To make it to a top Premier League club, Aleksandr would need to improve his football in general, as well as his physical, psychological and mental attributes.

“If Golovin wants to prove himself in England, he will have to do it step by step. Because of high competition, he would be getting little playing time to prove himself.”

Asked whether buying Golovin first before loaning him back to CSKA could be a viable move this summer, Kucherov replied: “It’s the right strategy for a top club that wants to buy a player and develop him.

“Only this approach will give the player a chance to prove himself in the Premier League, although if Arsenal decide to proceed with this transfer, I don’t think it would be the right move to keep the player in the Russian league. He would not be developing there in the same way he would in England or Germany and he definitely needs to move to a club of a different level and pressure where he can take the next step towards making it at the club.

When asked whether he has been asked for his opinion on Golovin by anyone at Arsenal, the scout replied: “No I have not.”