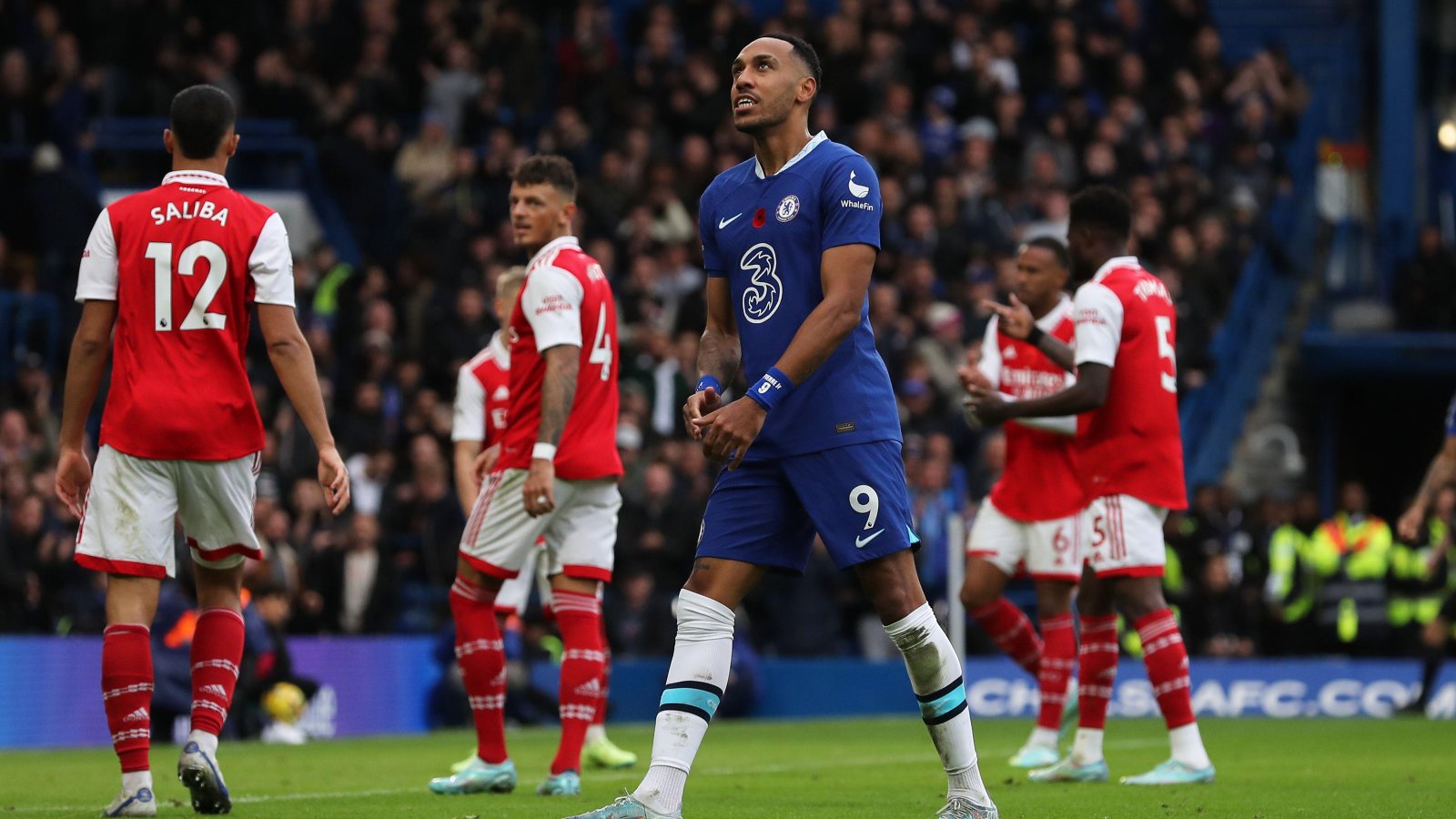 The Gunners went to Stamford Bridge on Sunday and beat the Blues 1-0 in the London derby to restore their two-point lead at the top of the Premier League table.

Arsenal have won 11 of their 13 Premier League matches so far this campaign with Manchester United the only team to beat them in the league.

Mikel Arteta has overhauled much of the squad he inherited when he arrived at Arsenal in 2019 with Aubameyang among the most high-profile casualties.

The Gabon international was stripped of the Gunners captaincy last season and made to train by himself before Arsenal allowed him to leave on a free transfer to Barcelona last winter.

Aubameyang only lasted six months at the Catalan giants, scoring 13 goals in 24 matches, before Barcelona sold him to Chelsea in the summer for €12m.

He’s hardly set the league alight since returning and he angered Arsenal fans before Chelsea faced the Gunners by appearing in a BT Sport promo saying: “Arsenal, nothing personal. I’m back. I’m blue. I’m ready.”

And Seaman isn’t surprised at Aubameyang’s poor form so far this season with the former Arsenal goalkeeper frustrated that the Gunners fans didn’t get a proper opportunity to properly boo him.

“The Aubameyang situation… his last season at Arsenal is exactly what it’s like now [at Chelsea],” the Arsenal legend said on Seaman Says. “The fact that Barcelona let him go tells you everything. I’m not surprised [he is struggling].

“I’m not surprised the way he is playing. That’s what he been like for quite a while now. He does it in flashes, he doesn’t do it for long enough. The only disappointing this about the weekend is that when Arsenal scored, he sneaked off.

But former Tottenham boss Tim Sherwood thinks it’s Chelsea’s fault that Aubameyang isn’t performing how he has done in the past.

Sherwood said on The Kelly and Wrighty show: “You can’t argue they haven’t got the strike force. Chelsea are making two prolific goalscorers in the Premier League in Aubameyang and [Romelu] Lukaku look terrible.

“They need to look at themselves, I know it’s two different mangers, it’s not all Potter’s fault it’s Tuchel as well.

READ MORE: Arsenal: Ranking every signing made by Arteta and Emery since Wenger left in 2018