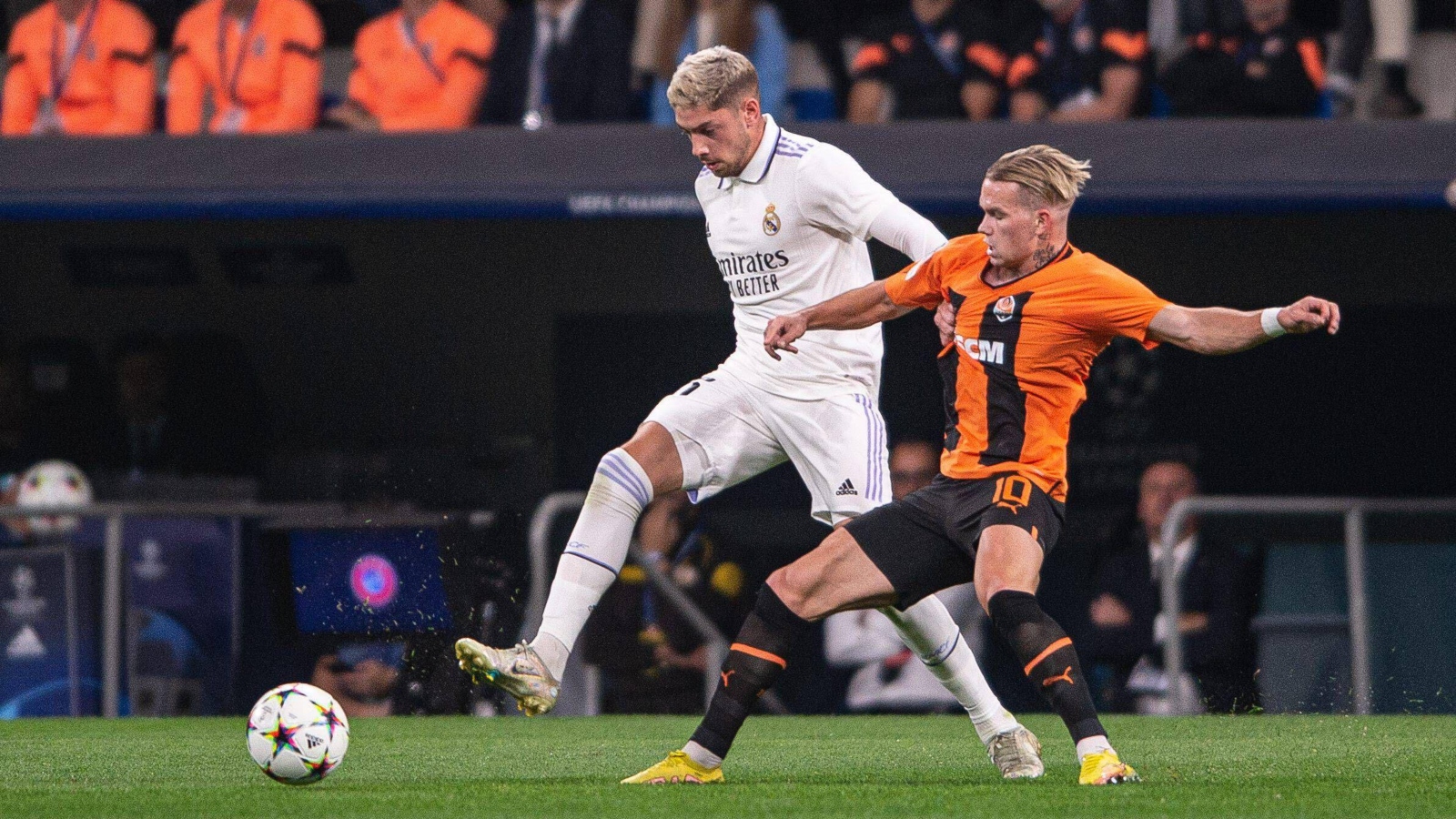 Real Madrid star Federico Valverde stole the show when Arsenal scouts went to the Santiago Bernabeu to scout Shakhtar Donetsk’s Mykhaylo Mudryk, according to a report.

There is plenty of interest in Mudryk, with Arsenal heavily linked to the young winger.

Scouts for the Premier League club were apparently in attendance to watch the 21-year-old in action against the European champions.

Mudryk has impressed in the Champions League this campaign, scoring two and assisting two in four appearances in the group stage.

He is yet to score in the Ukrainian league this season. However, he did provide three assists against Metalist in his side’s 6-1 win nine days ago.

As well as Arsenal, the winger has been linked with Brentford, Everton and French club OGC Nice.

Speaking last month, Mudryk sent Arsenal fans into meltdown by saying he “can’t say no” to the Gunners if they were to come calling.

Mikel Arteta’s side could be in the market for a new wide-man in January after Nicolas Pepe was loaned out to Nice late on in the summer window.

Mudryk is apparently near the top of the list, although he will struggle to get in the side ahead of Bukayo Saka or Gabriel Martinelli, who both shone during Sunday’s win over Liverpool.

Defensa Central confirmed Arsenal’s interest in the Ukraine international on Monday, claiming that scouts for the north Londoners were in attendance to watch him at the Bernabeu.

Their report, however, states that Valverde was the player they returned to England most impressed with.

While watching Mudryk, the Uruguay international ‘stole the spotlight’ and made Arsenal ‘fall in love’ with him.

Unfortunately for the Gunners, who were ‘hallucinated’ by his performance, the 24-year-old is considered ‘untouchable’ by Madrid.

Valverde was one of the best players on the park as his side narrowly beat Shakhtar 2-1 in the Champions League.

In 12 games this season, the Uruguayan has four goals and two assists.

The report says that Liverpool boss Jurgen Klopp sees Valverde as one of the best midfielders in the world for the next decade.

Whether or not Arsenal will make an attempt to sign the combative midfielder remains to be seen, with Madrid very unlikely to listen to offers.

However, should Jude Bellingham move to the Spanish champions, the door for Valverde’s exit could potentially open.

While Valverde’s natural position is in midfield, Carlo Ancelotti tends to utilise him as a right-winger.

He has shown great potential in that position, assisting Vinicius Jr to score the only goal in last season’s Champions League final against Liverpool.