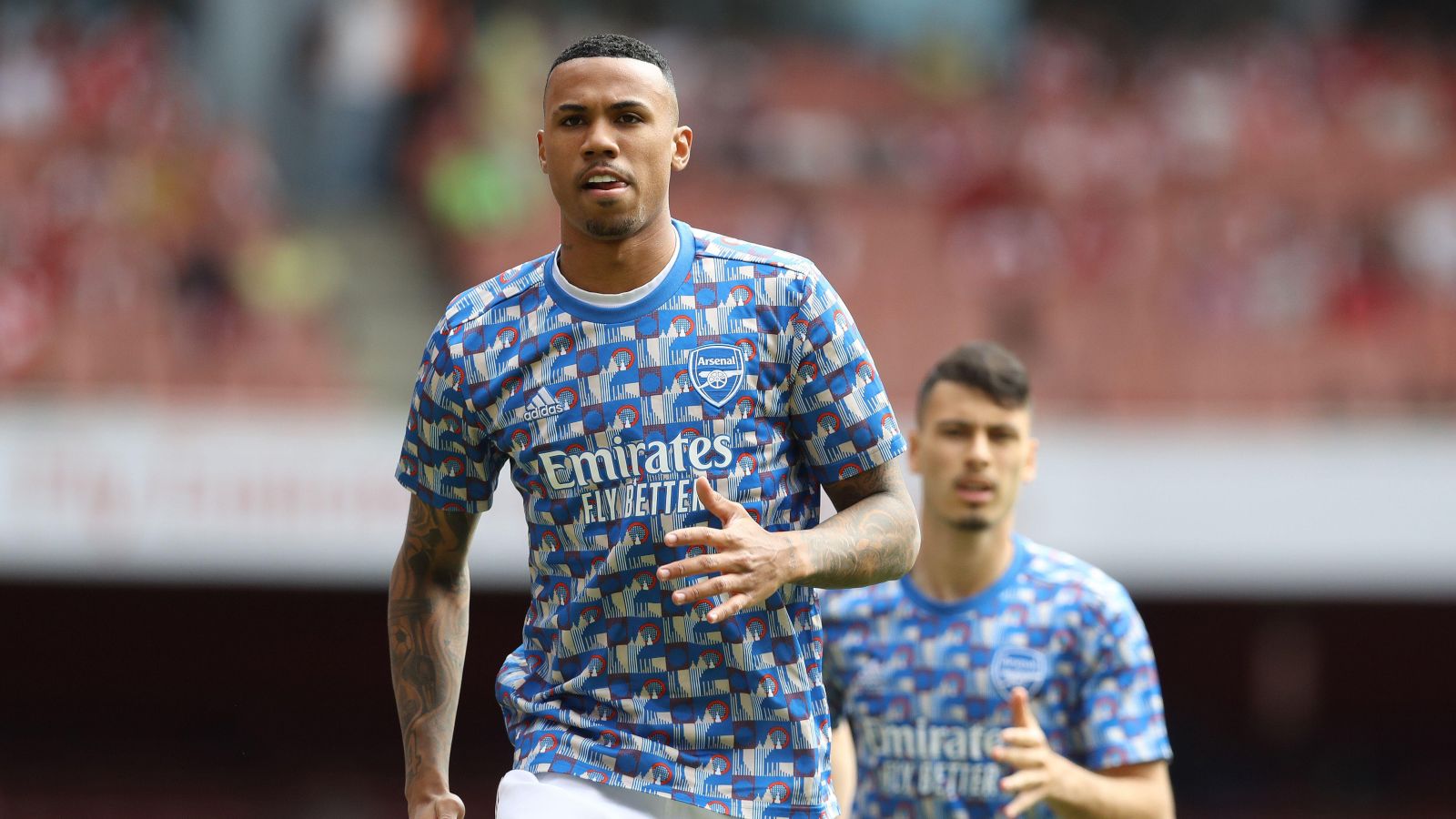 Arsenal have set their asking price for Gabriel Magalhaes as Juventus pursue the Brazilian centre-back, according to reports.

The 24-year-old was one of the Gunners’ best players last season as they missed out on Champions League qualification on the final day of the Premier League season.

Gabriel scored five goals in 35 Premier League appearances for Arsenal last term but he could face further competition for his place in the starting XI next season.

William Saliba – who is now part of the France international set-up – is returning from a season-long loan deal at Marseille, while Arsenal have been linked heavily with Ajax centre-back Lisandro Martinez.

A report last week insisted that Juventus reckoned they could buy Gabriel this summer for ‘around €30m (£26m)’ and is regarded as ‘one of the most interesting targets’ for the Old Lady this summer.

And now Sportitalia journalist Alfredo Pedulla claims that Gabriel is on Juventus’ list of possible replacements for De Ligt with the Serie A club ready to ‘listen’ to Bayern Munich’s advances for the Dutchman.

Arsenal ‘ask for about €40m (£34m) for Gabriel’ but he adds that ‘Juve are confident they can snatch a discount’ for the Brazilian.

They are hoping that a potential €90m deal for De Ligt could ‘finance two incoming operations: the central defender and [Nicolo] Zaniolo.’

“Just landed and ready to open talks between clubs #FCBayern. Bayern have already negotiated all details of personal terms with de Ligt, Juve now waiting for the official bid.”

Bayern director Hasan Salihamidžić, in Turin as expected to meet with Juventus for Matthijs de Ligt. Just landed and ready to open talks between clubs 🚨🔴 #FCBayern

Bayern have already negotiated all details of personal terms with de Ligt, Juve now waiting for the official bid. pic.twitter.com/aFgzlA3igT

A recent report linked Arsenal with a shock move for Chelsea midfielder N’Golo Kante and former Premier League striker Noel Whelan would be in favour of the deal.

“There’s no doubt that he’s been one of the best defensive midfielders in the world for a long time now,” Whelan told Football Insider.

“He’s been very successful at Chelsea. It’s strange to see him possibly heading towards the exit door when he is still so influential. Any deal can be struck if the money is right and Chelsea are willing to listen to the offer.

“If he’s not firmly in the plans of Tuchel then he is surplus to requirements with 12 months left, just as you’ve got Raheem Sterling leaving Man City.

“There has to be a certain turnaround and Chelsea won’t want to lose out on any potential fee they can get in. If Arsenal can get him in then he could be very influential for them.”