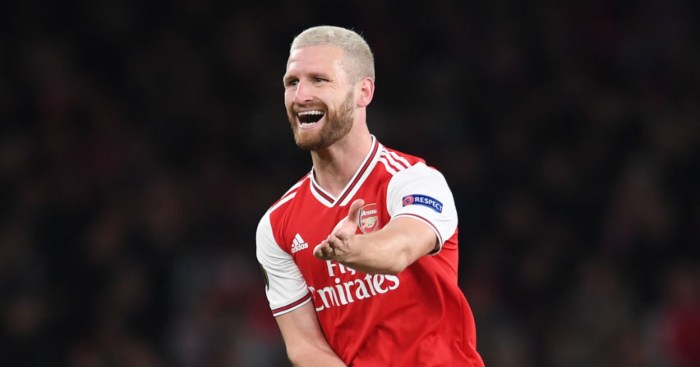 Arsenal defender Shkodran Mustafi says he is his own “biggest critic” but admits he has been “hurt” by criticism received from some fans.

The Germany international has only started 15 matches this season in all competitions as he’s struggled for form – but he managed to impress a bit more before the Premier League was halted, starting five matches in February.

His performances over the last couple of seasons have seen him become a target for criticism from Arsenal fans with some “out of hand” comments.

“Through social media, you can hear everything, you can no longer protect yourself so well from criticism or insults,” Mustafi told SportBild (via Sport Witness).

“Then you read things that hurt you. That’s pretty out of hand in places. But as a professional athlete, you have to be able to handle it.

“I’m my biggest critic – I watch my games and am rarely satisfied.

“I know exactly when I can do something better and when not. If others criticise, that’s perfectly okay, and I’ll take it. If it’s an unfair criticism, I try to ignore it.”

He has come under pressure from former Arsenal players too with Emmanuel Petit labelling Mustafi the “king of blunders” in 2019 after the German made a number of high-profile errors.

“You could expect more understanding from some ex-players and today’s TV experts,” Mustafi added.

“In their career, they have certainly not always done everything right either. You should actually be able to understand it and perhaps not hit it with the smallest mistake.

“But you can’t expect everything to work out the way you want it to.”