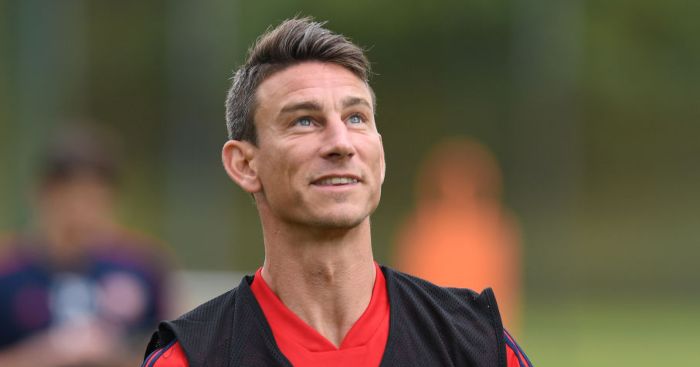 Arsenal have been left ‘shocked’ at Laurent Koscielny’s ‘behaviour’ in trying to engineer a move away.

Club captain Koscielny was a notable absentee from the squad that flew out on Thursday for their pre-season tour of the United States.

Arsenal expressed their anger and disappointment at the Frenchman’s decision not to join his teammates as he opted to stay at the London Colney training ground instead.

David Ornstein of BBC Sport shed more light on the situation, with James Olley going even further in the London Evening Standard.

He says Arsenal ‘have opened disciplinary proceedings’ against Koscielny, who can expect a fine and is ‘almost certain’ to be removed as captain.

The player is ‘desperate’ to return to France, with Bordeaux, Lyon and Rennes all interested. None have made a ‘formal offer’ as of yet.

Arsenal rejected Koscielny’s attempt to cancel the final year of his contract, and he is now ‘believed to be considering buying out the remainder’ of the £90,000-a-week deal.

The Gunners, who have been ‘shocked’ by his conduct, were ‘considering’ renewing his contract dependent on his recent long-term Achilles injury, but would never match the three-year deal Bordeaux are believed to have offered.