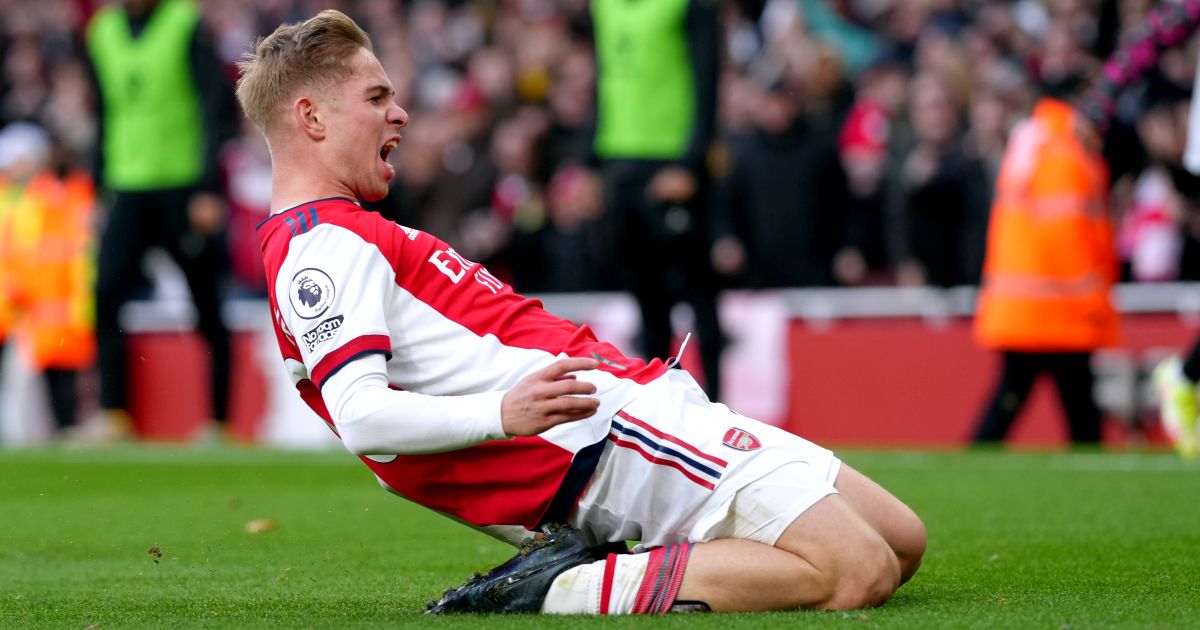 Mikel Arteta’s 100th game as Arsenal manager was not one to take in isolation.

On its own it was a scratchy and wildly unconvincing 1-0 win over a Watford side who came purely to spoil, did that really quite heroically badly and yet still very nearly pulled it off.

There is no such thing as a bad win, but on its own this would’ve been close. Arsenal struggled to put their attacks together and were growing increasingly frustrated by Watford’s fairly nakedly transparent tactics to spoil the game. Arsenal’s cause was also not helped by a thoroughly idiosyncratic performance from Pierre-Emerick Aubameyang, who miscontrolled an early chance and accidentally played in an accidentally offside Bukayo Saka, missed a penalty awarded for an absurdly stupid foul by Danny Rose and Alexandre Lacazette and then denied his own side a nerve-settling second goal by applying a needless finishing touch to Martin Odegaard’s goalbound strike despite being yards offside.

Luckily for Arsenal and Aubameyang, it didn’t matter, Emile Smith Rowe’s deflected strike proving to be the winner.

And here’s where the context comes along. Because it’s Smith Rowe’s third in consecutive Premier League games as he continues to turn rich promise into tangible end product. It also makes it 20 points from the last 24 available for an Arsenal side who had taken none of the first nine points on offer.

They now sit on the shoulder of the top four and took three points on a weekend when assorted rivals both optimistic and realistic did not.

It’s been a long time since an unconvincing Arsenal win has had the feel of your traditional “sign of a good side, that” trope rather than just being, you know, an unconvincing side winning unconvincingly. This really should have been far more convincing against a Watford side that offered absolutely nothing beyond time-wasting and sh*thousery until a few late Hail Marys in the final few minutes. But Arsenal are definitively no longer a joke, and that’s progress in itself. It’s not hard to imagine a time in the recent past where Aubameyang’s assorted catastrophes are the main talking point of the game, and trust us we were tempted because they really were among the more interesting things that happened in a curious game.

But the best sign for Arsenal, something that pointed to something hard-nosed and defiant and real about this still-developing and eye-catchingly young side, was what happened in the build-up to the winning goal. It came about after Watford had put the ball out of play so that Ozan Tufan could receive treatment having gone to ground. Problem was he was absolutely fine, and was almost back to his feet before the ball was out of play. This was an identifiable plank of Watford’s gameplan. To spoil, to delay, to procrastinate and to assume they could relieve the pressure by just putting the ball out of play and being given it back by a pliant Arsenal.

Now Arsenal have some… previous for not adhering to the convention that you give the ball back when it has been deliberately put out of play. Last time, it caused and absolute sh*tstorm. This time it was absolutely and entirely the correct thing to do. Watford were game-playing by putting the ball out as they did, looking for an easy way out. The easiest thing in the world would still have been for Arsenal to give them it. What harm would it do, really? Still plenty of time left in the game, not worth making a scene.

But today Arsenal weren’t having it. Watford’s tactics – while understandable and wholly legitimate in the face of superior opposition – were foiled and Arsenal had their win despite not playing well on the day against a team with a clear plan to spoil and disrupt.