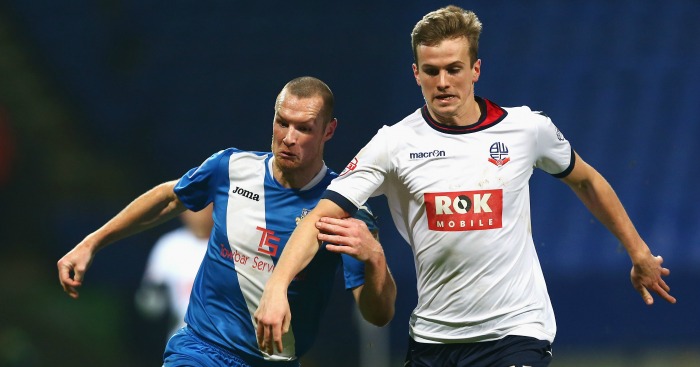 Arsenal have completed a deal to sign Bolton defender Rob Holding, and have hinted at further deals this summer.

The Gunners announced on their website that they have ‘agreed to sign’ Holding from the Championship side on a ‘long-term contract’.

The versatile 20-year-old, who can play at both centre-half and full-back, represents the club’s third signing of the summer, following the arrivals of Granit Xhaka and Takuma Asano.

“It’s something you dream of as a kid,” said Holding, who is reported to be joining for £2m. “I can’t wait to get started.”

In the article announcing the deal, Arsenal added that the club ‘remain in the market’ for further transfers.

Earlier on Friday, Arsenal chief executive Ivan Gazidis defended Arsenal’s summer transfer window amid criticism, claiming that they “are making progress”. Is this what Arsenal fans were asking for.