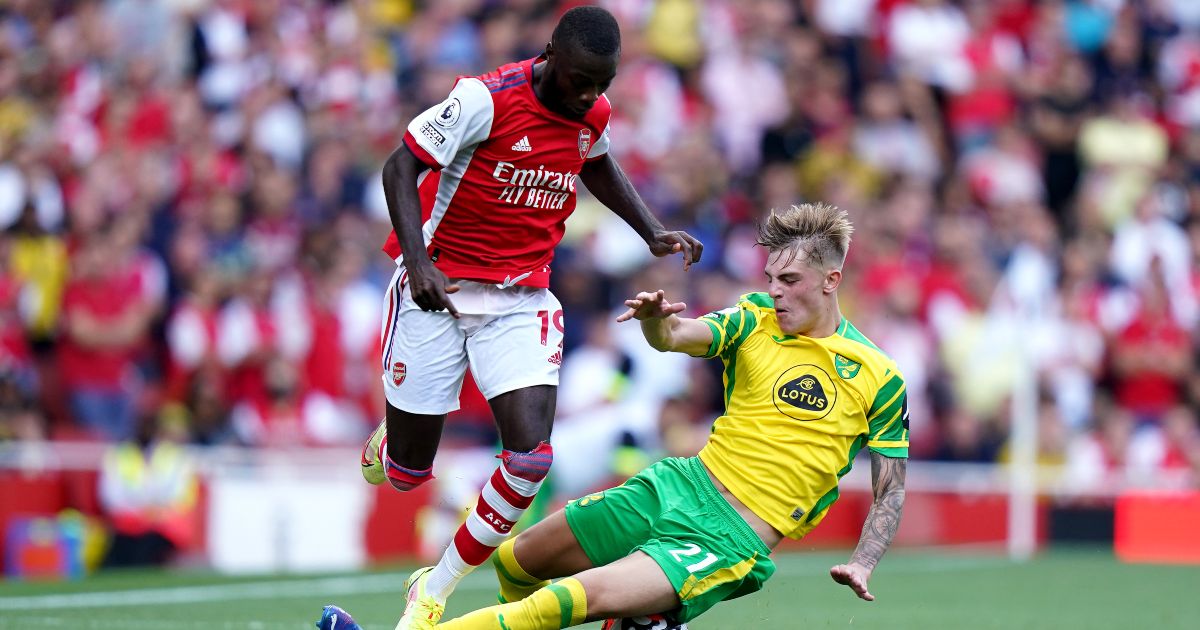 Arsenal could be willing to allow Nicolas Pepe leave in the January transfer window for less than half the price they bought him for, according to reports.

The Ivory Coast international has struggled to live up to his £72m price tag since swapping Lille for the Emirates Stadium in 2019.

He was bought by the north Londoners after scoring 23 goals in 42 appearances for Lille in the 2018-19 season – but he has only managed 25 goals in 98 appearances since arriving at Arsenal.

Pepe has only made five Premier League starts this term as Mikel Arteta continues to use him as a rotation option with one goal and three assists to his name in all competitions this term.

The 26-year-old has only played five minutes in the Gunners’ last three Premier League encounters after starting three of their first four league matches.

And now it seems as though Arsenal are ready to let him go in the next couple of transfer windows with a recent report claiming Newcastle United, Crystal Palace and Everton are all interested.

However, a fresh report in Il Milanista (via Sport Witness) makes it clear that AC Milan would be interested in bringing Pepe to the San Siro in January.

It is claimed that Pepe will be available for a ‘paltry’ fee as low as €30m (£25m) and Milan boss Stefano Pioli ‘wants him as early as January’.

Meanwhile, Paul Merson has made his prediction as Arsenal take on Liverpool on Saturday with the Gunners failing to win at Anfield on their last eight visits.

Merson told Sportskeeda: “This is most definitely the game of the Premier League weekend and a big one for both teams. Liverpool are trying to win the league and have to bounce back from their defeat against West Ham.

“Arsenal, on the other hand, are flying a little bit and are on a run, but they won’t want to be billed as flat-track bullies.

“They need to get a result here against one of the best teams in the country and even if they don’t, there are ways to lose a football match.

“I’ve said since the start of the season that if Arsenal keep their starting XI fit, they can get top four.

“Judging by the aspirations of the two clubs, a draw would be good for Arsenal, while Liverpool will be unhappy with it as they are trying to win the Premier League.

“However, I predict the two sides to share the spoils at Anfield.”