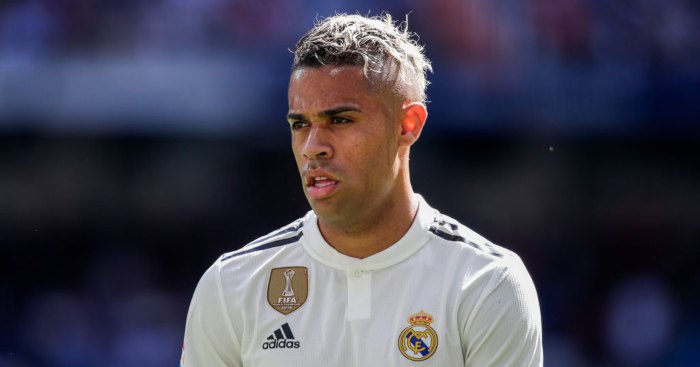 Arsenal have been offered striker Mariano Diaz by Real Madrid in an £18million deal, according to reports.

And now the Daily Mirror claims that the Gunners have been ‘sounded out’ over a ‘cut-price deal’ of £18million for the 25-year-old.

Arsenal need all the help they can get in the transfer market as their budget is only £40m or £45m depending on which newspaper you read.

They have sealed a deal for William Saliba this week – but he will go back on loan to Saint-Etienne – while they are yet to make a breakthrough in negotiations over other targets with Kieran Tierney and Wilfried Zaha both linked.

A report last week claimed Tottenham boss Mauricio Pochettino ‘has asked for Mariano Díaz’ as part of their never-ending quest ‘for a substitute striker to complement Harry Kane’.

Spanish TV station El Chiringuito added that he wants to stay at Real Madrid. But the Spanish side ‘prefer to cash in’ and they would ‘welcome his departure’ as part of their squad renovation.

The Daily Mirror adds that a deal for Mariano ‘was not dismissed out of hand’ by Arsenal boss Unai Emery but it is believed Spurs have ‘other priorities’.