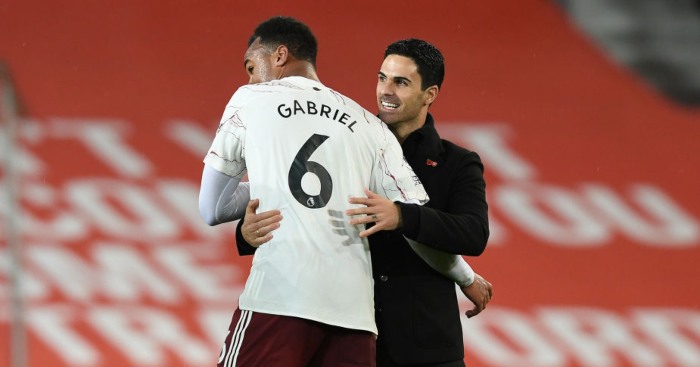 ‘Both will suck their fans into believing they can achieve something, but both have the spine and bottle of a jellyfish.’

Manchester United and Arsenal were the ‘both’ in this opinion from Stan Collymore, whose memory clearly does not stretch back as far as a whole three months to when the Gunners won the FA Cup, beating a Chelsea side managed by ‘the brightest English coach to emerge for a generation‘. Since then Arsenal have beaten Liverpool twice on penalties – no ‘spine’ required there, Stan? – and have the tightest defence in the Premier League. Never mind the bottle of a jellyfish, somebody has the memory of a goldfish.

Now you might argue that this is Collymore and he should be summarily ignored, but he is not the only pundit or journalist who unthinkingly cites Arsenal’s soft centre as a reason for their expected failure. Robin van Persie cited a lack of ‘mental toughness’ as a reason for a lack of trophies – just before they beat Manchester City and Chelsea to win the FA Cup – while Graeme Souness spoke about Arsenal not being ‘strong enough’ to challenge for a top-four place. Frankly, it’s bollocks.

This is a different Arsenal. It’s not a very fun Arsenal but it might well be a successful Arsenal, as long as you re-frame success as qualifying for the Champions League rather than challenging for the title. They lag behind only Liverpool and Manchester City in a Premier League table for 2020 and on Sunday played with discipline, organisation and no little aggression. Manchester United may not be the toughest of opposition but the Gunners faced the twin foes of statistics and stereotypes and stood tall. Gone is the flakiness of the late Wenger era that could not be erased by the well-meaning but ultimately supine Unai Emery.

It’s incredibly lazy to presume that ‘Arsenal’s gonna Arsenal’ when even the personnel is so remarkably different. Handily, Arsenal played Manchester United away in the seventh game of last season too; the two Gunners’ line-ups have just three names in common: Bernd Leno, Bukayo Saka and Pierre-Emerick Aubameyang. Every single defender and central midfielder who started that day has been replaced in Arsenal’s first-choice XI. That’s no accident. That is Mikel Arteta identifying and then buying, moulding or rescuing forgotten players who suit his vision.

He has made tough decisions, loaning out the ill-disciplined Matteo Guendouzi and the ill-suited Lucas Torreira, banishing Mesut Ozil and pressing pause on the career of £27m signing William Saliba as he does not yet clear the higher bar set at the club. The brilliant Gabriel (he should be on this list) has immediately become the leader of this new defence, making Arteta’s only real mistake of the season his reticence to involve him against Liverpool. He is not soft and neither is Kieran Tierney. Or Thomas Partey. None of those players magically became spineless when they signed for this grittier version of Arsenal.

“You think of Arsenal, last two or three years you’d say, they’ve been a little bit soft, a little bit disorganised,” said Paul Scholes on Sunday. “I think [Arteta’s] toughened them up. They look organised in every area of the pitch.”

Should Arsenal fall short of their targets this season, nobody should be citing a lack of mental strength but a lack of creativity – the most un-Arsenal of flaws. It leaves them operating within the slimmest of margins; five of their seven Premier League games this season have been decided by just one goal. In terms of shots taken this season, their 60 puts them level with Newcastle and a Burnley side with a game in hand. For context, Liverpool have taken 123 shots. They’re rather more toothless than spineless.

This Arsenal side is far from the finished product but Arteta is less than a year into his tenure and the trajectory is undeniably upward. And that trajectory takes them away from the lazy ‘soft Arsenal’ trope. Or at least it should.